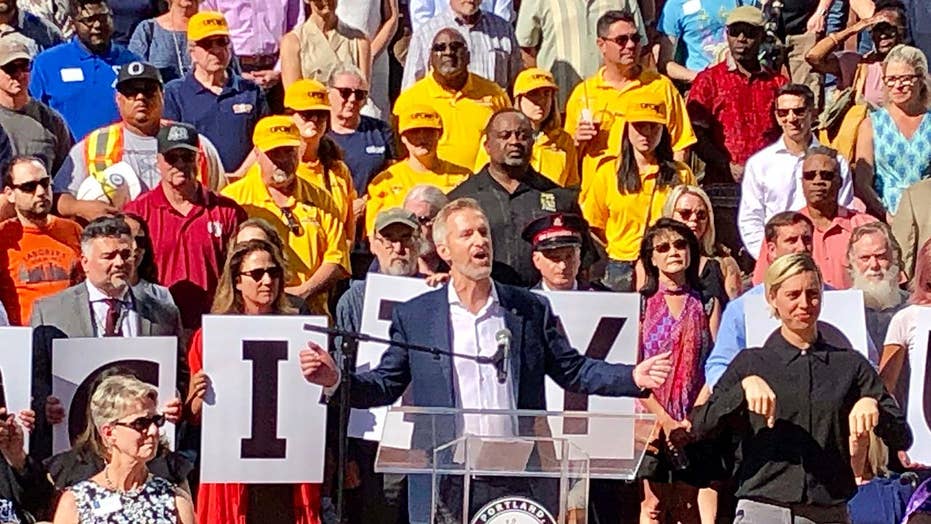 The wounds haven’t yet healed from the last Antifa/Proud Boys sparring match – indeed, no one has been arrested for the savage June 29 attack on Quillette reporter Andy Ngo – and yet, Portland, Ore., is bracing for another demonstration Saturday.

Given the rising violence in communities across the U.S., I fear that our country may suffer another embarrassing and tragic display of attacks and thuggish behavior to silence the free speech rights of opposing views.

Free speech rights must be protected – even for those we disagree with and even for those we find morally reprehensible. The spike in violence we’ve seen rising from groups on the far right and the far left pose a serious threat to the First Amendment.

The violence and intimidation must stop for our republic to function as our founders intended, but this cannot happen if those with the most powerful and loudest voices in our society – like politicians, the mainstream media and educators – continue to ignore one of the core drivers of violence: Antifa. 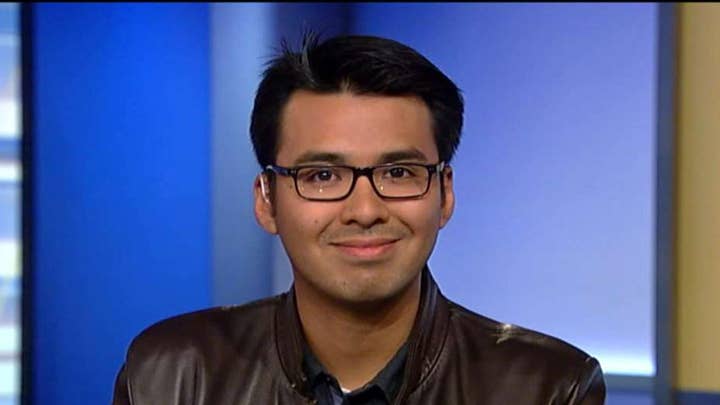 Politicians are not only supposed to be leaders, but also defenders of the U.S. Constitution and our inalienable rights. Yet we’re seeing far too many fail to stand up for the First Amendment rights of all Americans.

Out of the almost two dozen Democratic presidential candidates, only two have condemned Antifa for its violent attack against Andy Ngo.

Taking to Twitter, Andrew Yang was the first. It wasn’t until a week later that former Vice President Joe Biden finally voiced his disapproval. Every other Democratic presidential candidate has ignored the incident.

This is disgraceful. If our elected leaders refuse to condemn left-wing extremist groups like Antifa, and the harassment and violence its members inflict on other Americans, we can only expect more attacks. But politicians are only a part of the problem.

Most of the mainstream media have refused to accurately report Antifa violence and have given a soapbox to those who glorify the group’s terrorist tactics.

Just look at the coverage of the recent shootings in El Paso, Texas and Dayton, Ohio. In reporting on El Paso, the media have been quick and consistent in reporting the gunman’s ties to the far right, while leaving out the Dayton shooter’s ties to Antifa.

The media have a responsibility to accurately report the details of both mass murders. As the late Supreme Court Justice Louis Brandeis said, “sunshine is the best disinfectant.” The media have a powerful role in shining the light on Antifa. By ignoring the group, the media are complicit in allowing it to grow in the darkness.

But even more dangerous and concerning is the way media make light of and even glorify Antifa’s activities. Members of the media should understand the power they have in influencing their millions of viewers, readers and listeners. Positive exposure of the group encourages people to join Antifa and normalizes violence.

In an interview on MSNBC, Elie Mystal called for people to bring pitchforks and torches to the home of Stephen Ross, CEO of Equinox and SoulCycle, because Ross donated to President Trump’s reelection campaign.

Days later, Mystal doubled down, saying, “You do not negotiate with these people -- you destroy them.” Oddly enough, Mystal defined his suggested actions as “peacefully” demonstrating.

Antifa has become far more violent and bold since I was involved nearly a decade ago. I’ve followed the growth in numbers, incidents and extremism and I strongly believe it is the recklessness of those who have the power and influence of a soapbox. Their words and their example have an impact. In this case, they’re providing the water and fertilizer for Antifa to grow and flourish.

As I have consistently said, what we’re seeing in how politicians and the media frame (and ignore) the fact that Antifa has its roots on our college campuses. Examples of professors and lecturers defending and promoting Antifa abound.

At the University of Wisconsin-Whitewater, Professor Stanislav Visotsky wrote in an op-ed that Antifa was a form of self-defense. Then there is Dartmouth College’s lecturer Mark Bray, who wrote “Anti-fa: The Anti-Fascist Handbook.” It’s troubling to see figures that young people look up to and trust misuse their influence.

This is why, this fall, I am going on a speaking tour to college campuses across the country to talk with young people about the importance of dialogue over violence. Called “Behind the Black Mask Tour,” my goal is to expose and debunk the misinformation circulating about Antifa – and I’m taking the message to a core source of this societal problem. While I regret that I was ever involved, I am doing what I can now to make my voice heard and be part of the solution.

I truly hope that demonstrations in Portland this weekend remain peaceful. But even then, it would just be a bullet dodged. As a society, we need to take Antifa seriously. That means it’s time for our leaders and influencers to be honest and diligent about exposing a real danger to public safety and American principles.