The city of Portland, Ore., is taking major precautions in advance of planned protests by both Antifa and right-wing demonstrators this weekend, according to the mayor.

Incidents involving hate speech and divisive rhetoric have been on the rise in America. Portland aims to be ready for any protesters who get out of hand, Mayor Ted Wheeler said Friday on "Outnumbered Overtime."

"I'm confident that from a law enforcement perspective, we're going to have all the tools and the resources and personnel we need," he said. 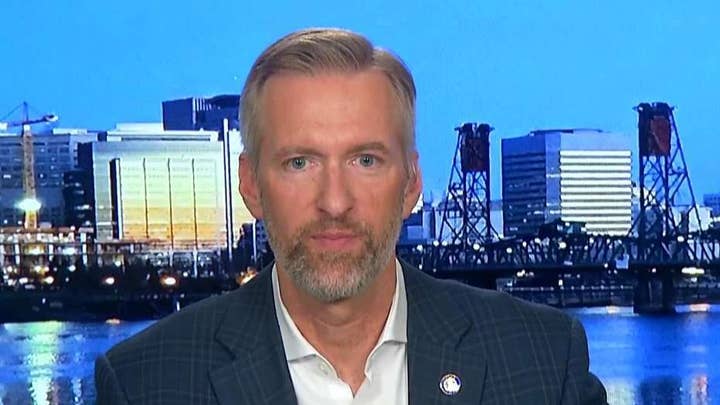 In his interview with Melissa Francis, the Democratic mayor said the potential for such clashes seems to be rising.

"There is a national climate here," he said. "We're seeing a rise in hate speech, in intolerance, in racism, in division."

Wheeler mentioned white supremacists and neo-Nazi protesters as representative of a major flashpoint. "They're coming to Portland because they know there will be a conflict," he said.

In response, Francis asked the mayor why he didn't mention Antifa protesters as well. He reiterated that police will be prepared to deal with any violent outbursts.

"Again, when it comes to enforcement of our community standards, we support people's rights to demonstrate, but we don't care about who you are or your politics are," he said. "If you engage in violence in this city, you will be held accountable."