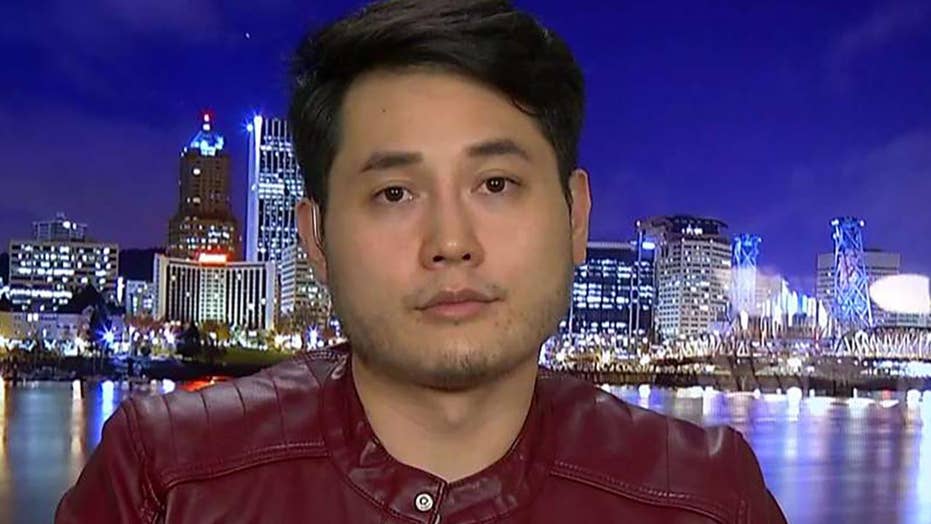 Journalist Andy Ngo, who was attacked by Antifa in Portland, issues a warning ahead of the dueling Antifa and right-wing protests in Oregon.

Journalist Andy Ngo, who survived a brutal attack by Antifa members in June, said Friday that Portland police are not prepared to control Saturday's planned standoff between the hate group and far-right demonstrators.

“I’m really concerned about the Antifa-versus-right-wing protest happening tomorrow. I think it has the potential to be a powder keg,” Ngo told “Fox & Friends.”

“In Portland, political violence is a banality now," he said. "However, the demonstrations are looming in the shadows of the recent mass shootings by the far-left and the far-right ideologues and their extremist elements who are broadcasting their desires for bloodshed. On top of that, police seem to be at a breaking point. They’re severely understaffed.”

Ngo, a conservative writer, was attacked by Antifa members during a clash with a far-right group called the “Proud Boys" on June 29. Ngo posted photos of himself from a hospital with bruises, cuts, and scratches on his face and said he suffered a brain injury.

Ngo doesn’t trust that the police will dampen the conflict.

“It’s nearly seven weeks ago now I was beaten and robbed in daylight in the middle of downtown in front of the police precinct by Antifa and there still has not been a single arrest,” he said.

Ngo also said that Portland, a city he described as “extremely anti-police,” has an “odd” political system because the mayor runs the police department.

Ngo went on to say, “It’s from my perception, based on my coverage of the events over and over, that there may not be a vocal stand-down order but in practice, the policies that are outlined for police is basically stand down. As you can see in the videos that go viral over and over, Antifa and other far-left militants can take over the streets of downtown with impunity.”