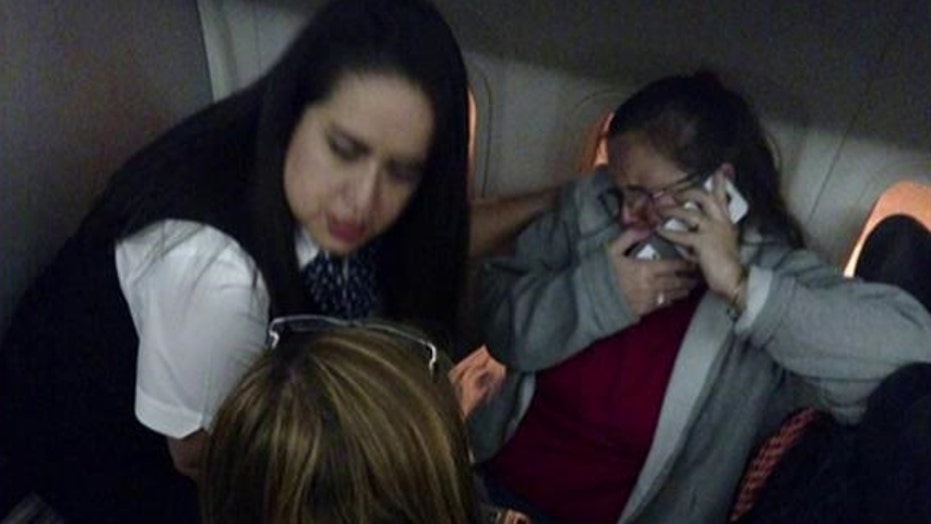 A Texas to Oklahoma flight that was supposed to last one hour turned into a nearly 10-hour nightmare Friday as some passengers sat inside the plane on the tarmac.

American Airlines flight 382 was scheduled to take off at 2:30 p.m. Friday from Dallas-Fort Worth International Airport and head to Oklahoma City's Will Rogers World Airport, but the plane was delayed due to snowy weather.

American Airlines Spokesman Matt Miller said the plane returned to the terminal and passengers were allowed to exit, remaining in the gate area. But some passengers chose to stay onboard.

"We apologize for the frustrating experience," Miller said. He added that the period of time that the jet was delayed on the tarmac waiting did not exceed three hours, according to The Associated Press.

Around 10 p.m. local time, passengers still found themselves waiting for the plane to be cleared for takeoff, KOKH reports.

The flight crew tried to keep passengers comfortable, but tensions became “high,” according to Brandon Sullivan, who was on the plane.

“Every time they would say 15 more minutes, people would start laughing,” Sullivan said. “Everybody really wanted to go home.”

The flight eventually took off and landed in Oklahoma City around 11:30 p.m., where passengers quickly gathered their bags to head home.