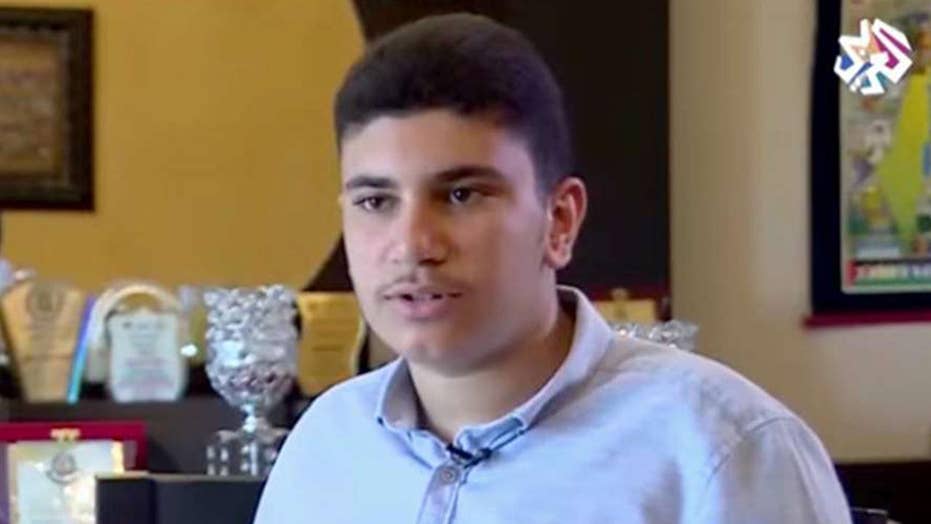 Ismail Ajjawi, a 17-year-old Palestinian student living in Lebanon, who was said to have been blocked from entering the U.S. because of his friends' social media posts, arrived at Harvard University Monday to start his college journey Tuesday, The Harvard Crimson reported.

“The last ten days have been difficult and anxiety filled, but we are most grateful for the thousands of messages of support and particularly the work of AMIDEAST,” a statement from his family said. AMIDEAST is a nonprofit organization that awarded Ajjawi a scholarship providing legal assistance.

His family continued, “We hope now that everyone can respect our and Ismail’s privacy and he can now simply focus on settling into College and his important class work.”

Akkawi, who has big plans to study medicine this fall, was refused entry into the U.S. after he landed 10 days ago at Logan International Airport in Boston. The freshman said the denial had to do with politically oriented social media posts by his friends.

U.S. Customs and Border Protection (CBP) spokesman Michael McCarthy said that the decision to cancel Ajjawi’s visa was based on information discovered during an inspection, but did not specify what that information was.

“We truly appreciate the efforts of so many individuals and officials in Lebanon, Washington, Massachusetts and at Harvard that have made it possible for our son Ismail Ajjawi to begin his studies at Harvard with his class,” his family’s statement added.

His family has lived in a camp for Palestinian refugees in the southern Lebanon port city of Tyre.

As a teenager, Ajjawi made headlines in Lebanon for being a top scorer on primary and secondary school exams. “I want to become a doctor because there are a lot of things in medicine that have not been discovered yet,” he told a station in Lebanon earlier this year.

Searches of electronic devices and social media at border points were conducted under previous administrations, but free speech groups complain they have been stepped up since President Trump took office in 2017.

The Trump administration says the enhanced searches have been critical to prevent extremists from entering the country.