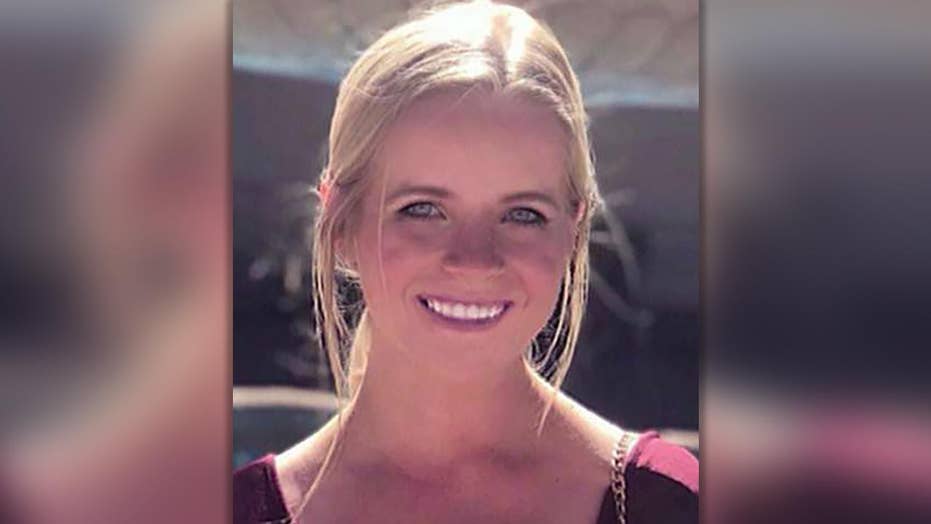 A deputy found Ally Kostial's body near Sardis Lake while on routine patrol.

A 22-year-old man was taken into custody Monday in connection with the murder of a 21-year-old female University of Mississippi student who was found dead near a lake this weekend, officials confirmed to Fox News.

The body of Alexandria "Ally" Kostial was found Saturday morning in Harmontown, located about 20 miles from the Ole Miss campus in Oxford, Miss. The Lafayette County Sheriff’s Department told Fox 13 that "foul play" was apparent and her body was discovered by an officer on patrol. She had been shot multiple times and was last spotted alive outside a bar on Friday night.

On Tuesday, the sheriff's office confirmed to Fox News that 22-year-old Brandon Theesfeld had been arrested on a murder charge and booked into the Lafayette County Detention Center. Theesfeld was arrested around 2 p.m. on Monday by officers from the Lafayette County Sheriff’s Department and The Mississippi Bureau of Investigations.

The university confirmed to Fox News that Theesfeld was a student in the School of Business Administration, and has been suspended from the university. Fox News also has learned Theesfeld participated in the Junior Reserve Officers' Training Corps (JROTC) program at San Marcos Academy in Texas. He graduated high school from the college prep academy before heading to Ole Miss, where he studied marketing.

"We want to thank the family Alexandria for their patience and their trust in The Lafayette County Sheriff’s Department," the department told Fox News.

The body of 21-year-old Alexandria "Ally" Kostial was found Saturday morning in Harmontown, Miss. by officers on patrol. (Facebook)

The 21-year-old was last seen stopping at the door of a bar in Oxford, but apparently not going in. Instead, officials told WLBT-TV that Kostial went home around midnight before apparently leaving the house again unbeknownst to her roommates.

It's unclear how Kostial got from Oxford to Harmontown.

Her body was discovered on the north side of Sardis Lake in a remote area known as Buford’s Ridge that draws college students. On Monday, officials told WLBT-TV that Kostial was shot eight times.

“Sardis is a really popular spot for a lot of students to go during the day, on the water or just hang out around there,” Ole Miss senior Kelly Randell, told WMC-TV.

The area is also a place where people reportedly go to ride ATVs in the lake bottom when the water level is low, but last weekend high water levels kept many people away.

Her father, Keith Kostial, shared on Facebook that officials told him her death was a homicide.

"Yesterday, Saturday afternoon, we were visited by the Sunset Hills MO Police who communicated to us that our beautiful dear Alexandria (Ally) Kostial was the victim of a homicide," he wrote. "As of now, it is believed the crime happened in Lafayette County, MS."

Officials from the sheriff's office, however, said they are not releasing any additional information at this time.

"We will release when it is appropriate and not before," sheriff's officials said.

Kostial was from St. Louis, Missouri and was a 2016 graduate of Lindbergh High School. The 21-year-old was working toward a bachelor’s degree in marketing in the School of Business Administration at the University of Mississippi.

Friends described the 21-year-old as "a beautiful, beautiful person" on the inside and out.

“She quite possibly was the nicest human being that I’ve ever met,” Anna Pasco told WMC-TV. “It’s just hard for me because all I can think about when I see her face is what she went through, what she was thinking, what she was saying. It’s hard.”