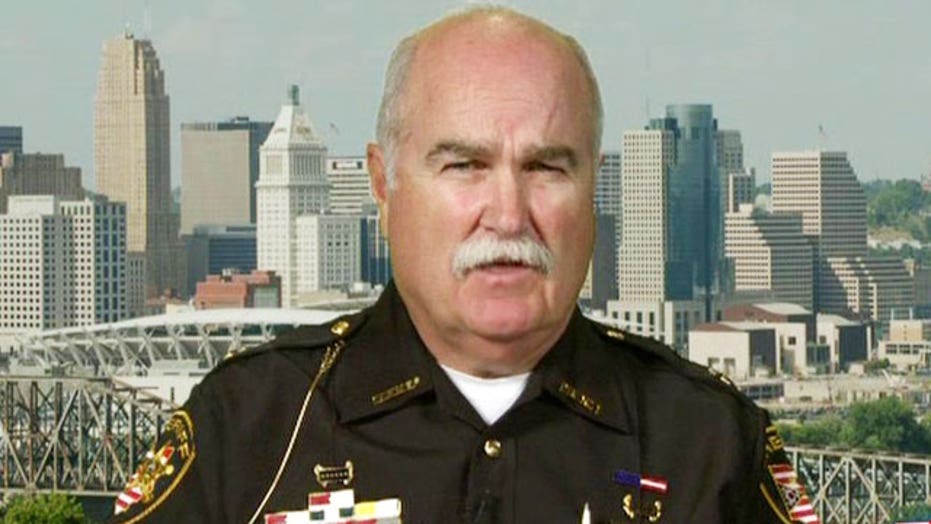 An Ohio sheriff on Tuesday sent an 'Open Letter' to Mexico's president requesting $900,000 for "dealing with your criminals."

The Cincinnati Enquirer reported that Butler County Sheriff Richard K. Jones sent the letter to Mexican President Enrique Pena Nieto requesting repayment for the 3,000 Mexican nationals arrested in his county over the past ten years. It was rough math, but he wants to charge Mexico for their jail time, which he figured was about five days, on average.

He indicated that the figure could be much higher when you take in the legal fees and social services afforded these criminals.

"I think it only fair that you provide me with some financial support for dealing with your criminals," the letter said.

Jones told "Fox & Friends" that his county shares a water border with Canada, but the southern border is the one creating the most difficulties.

"It's killing our communities," he said.

Jones has been an outspoken critic of the recent border crisis. He wrote another letter to President Obama, saying the issue is a result of the U.S.’ inability to secure the border. He also said he wrote a letter to President George W. Bush, and called the problem something that manifested itself for years.