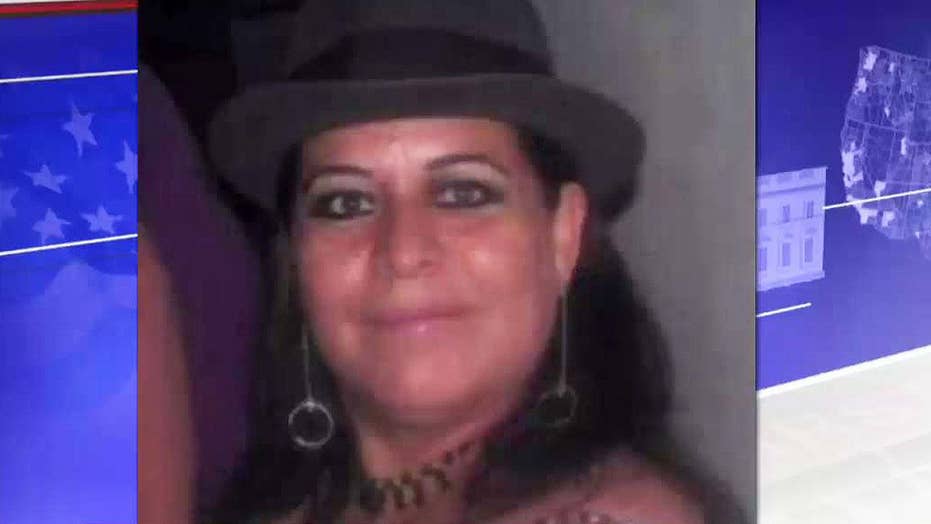 Professor who called Trump win an 'act of terrorism' awarded

Student speaks out on 'The First 100 Days'

It's not just ivory tower academics indoctrinating students into liberal hysteria -- their peers at community colleges and smaller universities nationwide are weaving a similar diet of left-wing politics into lesson plans, critics warn.

In classrooms from Tampa, Fla. to Austin, Tex. to Warren, Mich., professors have become embroiled in controversies including calling for the sexual assault of female politicians; defining the election of President Trump as an "act of terrorism"; and colluding with campus officials to shut down conservative speech.

Texas professor and lawyer Robert Ranco resigned from his firm after he sent a controversial tweet.

A visiting University of Tampa professor was fired this summer after writing that Texans deserved Hurricane Harvey for supporting Trump. Kenneth Story, also an adjunct professor at the nearby Hillsborough Community College, apologized after tweeting, “I don’t believe in instant Karma but this kinda feels like it for Texas. Hopefully this will help them realize the GOP doesn’t care about them.”

In September, Austin Community College paralegal studies professor, Robert Ranco, resigned after tweeting: “I’m not wishing for it… but I’d be ok if #BetsyDevos was sexually assaulted.”

What is 'Professor Watchlist'?

A group has put together a list of academics that they say discriminate against conservative students and use their lectures to push their left-wing propaganda. But what about the first amendment? #Tucker

Charlie Kirk, founder of Turning Point USA, a conservative campus watchdog group, started a Professor Watchlist so students, parents, and alumni could be aware of the plethora of reported incidents at community colleges across the country.

Robert Ranco taught at Austin Community College in Round Rock.

“Our most successful lawsuit recently was at [Macomb Community College],” Kirk told Fox News. “Several of these schools believe they can impose any rules and speech codes they wish. We find it to be even worse at times on the local level.”

In November, TPUSA won a free speech case at the community college in Warren, Mich. Macomb Community College eventually settled with TPUSA after a student group was told by campus police they were violating campus policy by publicly advocating for fossil fuels, the Detroit Free Press reported.

NYC chapter of Black Lives Matter threw an 'exclusively black' Memorial Day party because it felt a safe space was needed for people to be 'unapologetically black.' Tucker takes on this party #Tucker

A New Jersey community college professor was fired after an appearance on “Tucker Carlson Tonight” in which she defended Black Lives Matter for holding a “blacks only” event.

“Boo-hoo-hoo,” Lisa Durden said. “You white people are angry because you couldn’t use your ‘white privilege’ card to get invited to the Black Lives Matter’s all-black Memorial Day celebration! Wow!”

Durden was fired several days later from Essex County College, where she taught communications and pop culture as an adjunct professor.

Professor suggests Harvey is karma for supporting for Trump

As usual, California, even at smaller schools, featured numerous instances of leftwing controversy.

A human sexuality professor at Orange Coast College in Southern California was caught on camera calling Trump’s election an “act of terrorism.” Instead of being reprimanded, Professor Olga Perez Stable Cox was awarded “Faculty Member of the Year” in March by the community college -- while the student who recorded her was suspended for violating college rules.

Earlier this year, a lawsuit alleged, Los Angeles Pierce College stopped Spanish speakers from reading the Constitution, the College Fix reported. One student was handing out Spanish-language pocket Constitutions in the “free speech zone” at the community college when a professor ordered him to get a “permit application.”

In January, Kellogg Community College took it a step further, arresting three students for passing out copies of the Constitution on an outdoor sidewalk because students failed to fill out “basic paperwork,” according to Campus Reform. Alliance Defending Freedom is representing the students, who are affiliated with Young Americans for Liberty.

A Nassau Community College professor wore a “Sit With Kaepernick” shirt on Sept. 11, referencing ex-quarterback Colin Kaepernick, who controversially chose to kneel or sit during the playing of the national anthem.

Sociology professor, Porter Kirkwood, said it wasn’t his intention to offend anyone on the anniversary of 9/11, but rather to stand up for free speech.

An adjunct professor at St. Louis Community College, who is part of the #CampusResistance movement to counter faculty layoffs, was arrested after he allegedly charged toward board members and the chancellor during a Board of Trustees meeting, as reported by Inside High Ed.