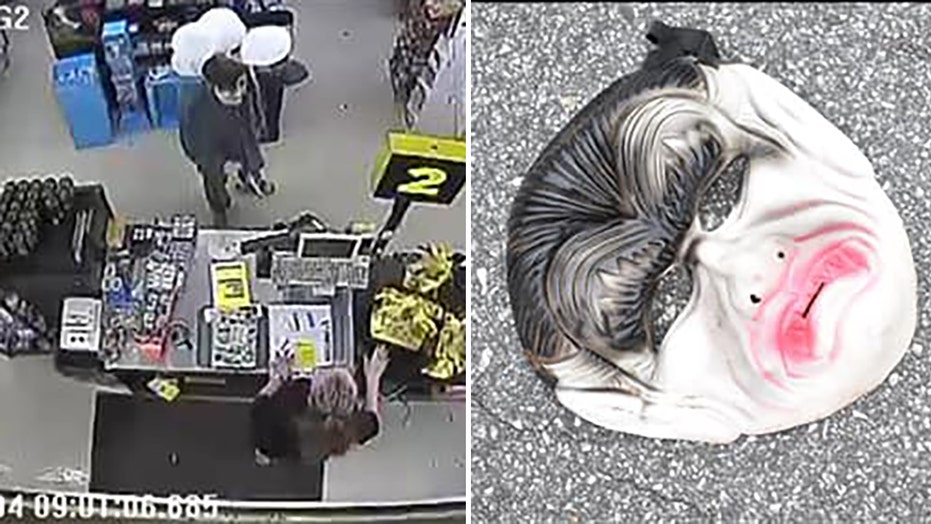 A man wearing a vampire Halloween mask and clutching balloons in one hand and a gun in the other reportedly held up a North Carolina discount store during the weekend.

The masked man entered the Dollar General store in Etowah, about 27 miles south of Asheville, on Sunday morning, the Henderson County Sheriff’s Office wrote on Facebook.

The suspect held several white balloons in one hand and used his other hand to point a silver revolver at the cashier as he demanded money, police said.

The cashier turned over an undisclosed amount of money to the “masked bandit,” who then ordered all employees to get on the ground behind the sales counter, police said. He left the store and ditched the vampire mask and balloons behind the building.

The suspect made off with his loot in what police describe as “an older model” Chevrolet or GMC van from the late 1980s or early 90s. The vehicle is blue and covered in swaths of rust, police said.

Besides the mask, the man was wearing a blue and white flannel shirt, blue jeans, grey gloves and a camouflage cap, police said.

The sheriff’s office has asked anyone with information on the suspect’s identity to contact detectives at 828-694-2757.