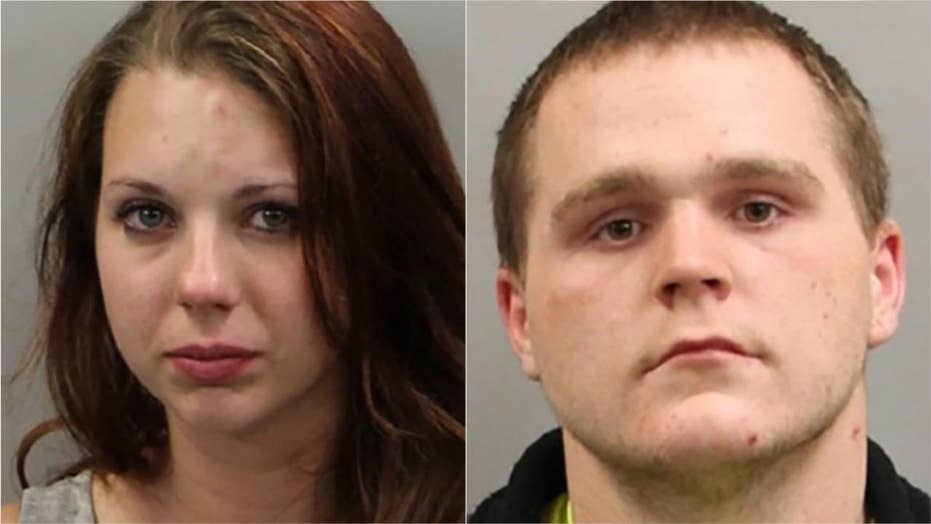 Two people were arrested after a North Carolina man allegedly had $10,000 and his pants stolen from him as he was preparing to have sex with a woman

Two people were arrested after a North Carolina man allegedly had $10,000 and his pants stolen from him as he was preparing to have sex with a woman he had just encountered while his girlfriend waited downstairs, police said.

Bryce Mason, 23, and his girlfriend, Gracelynn Bradeberry, were arrested in connection with the January incident, The State reported Saturday. Randleman police were still searching for Brandon Cooke.

Christopher Hancock told police he had the money stolen from him as he was getting ready to have sex with a woman, according to The Courier-Tribune. Hancock reportedly told authorities he had an open relationship with his girlfriend.

Hancock and the new woman went into a bedroom and got naked when two men allegedly attacked him and choked him until he blacked out, WFMY-TV reported. When he regained consciousness, he called authorities and told them $10,000 and his pants were gone.

The alleged incident occurred on Jan. 23 and since then only Mason and Bradeberry have been arrested. Police said they are searching for a third suspect in connection to the incident.

Mason was charged with assault by strangulation, possession of stolen property and common law robbery. He was held on $150,000 bond. Bradeberry was charged with giving police false information about Mason’s identity, according to The Courier-Tribune.