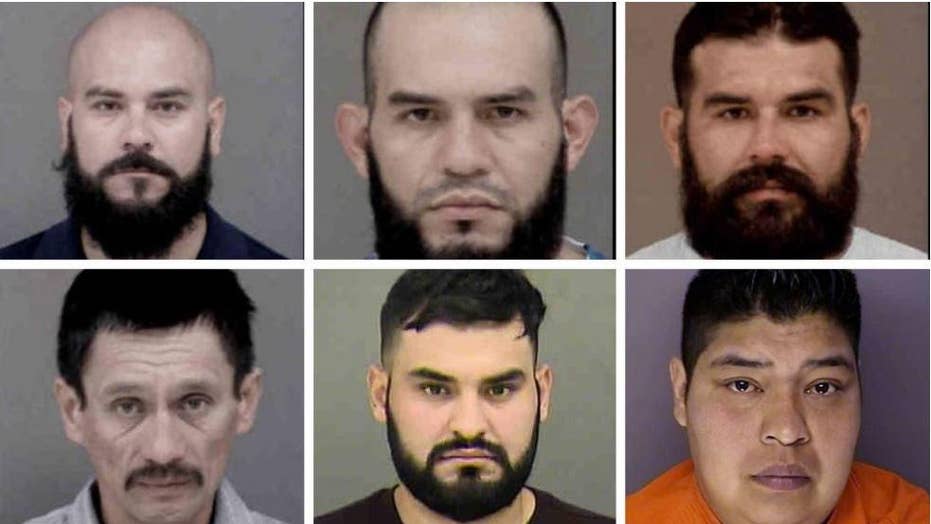 Massive drug operation with ties to a Mexican drug cartel results in arrests of six undocumented immigrants in North Carolina.

Six illegal immigrants with ties to a Mexican drug cartel — a rival of the powerful Sinaloa cartel, whose notorious leader Joaquin “El Chapo” Guzman was convicted last week — were arrested in an elaborate drug trafficking operation in North Carolina, according to reports.

The massive drug operation included transporting large amounts of cocaine and methamphetamine across state lines — for instance, from Texas to Georgia and North Carolina, WSOC reported.

EL CHAPO LEGACY WILL LIVE ON

“Members of the investigative team believe — based on wire intercepts, surveillance and other facts discovered from the investigation — that Oscar and Regulo transport illicit proceeds, derived from the sales of narcotics, when they travel from Myrtle Beach to Charlotte,” according to federal court documents, as WMBF reported.

Misty Joyner, who reportedly lived near the home in Charlotte where investigators said Rangel-Gutierrez stored drug money, was in disbelief about her neighbors.

Rangel-Gutierrez is affiliated with the upstart Jalisco New Generation cartel, which has tried to stage incursions into Sinaloa territory, sparking bloody turf battles in places like Tijuana. The border city across from San Diego has become one of the world’s deadliest cities.

Sinaloa’s leader, Guzman, was convicted last Tuesday in New York, likely meaning he will spend decades behind bars in the United States.