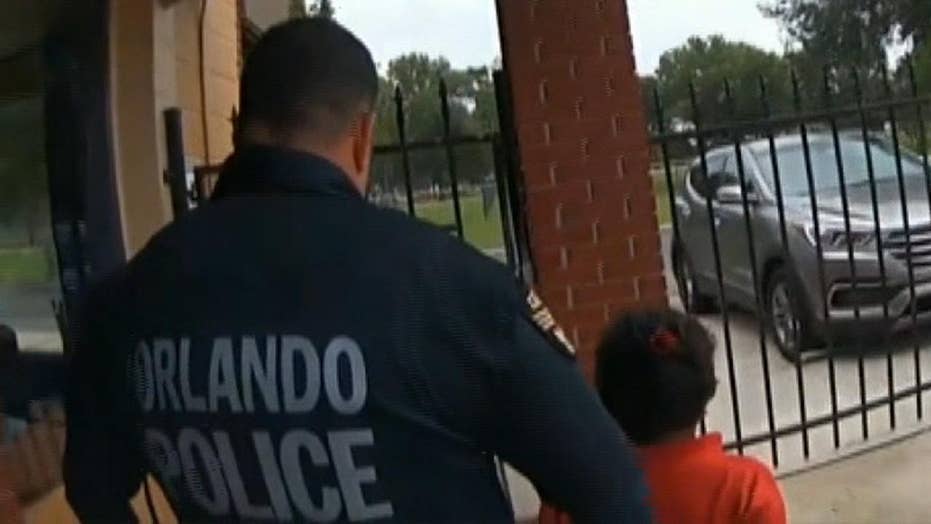 Grandmother says she was heartbroken watching the video and says her granddaughter was treated like a 30-year-old hardened criminal.

Two New Jersey State Troopers rescued the driver of a tractor-trailer just seconds before the vehicle burst into flames on Monday and captured the entire incident on a body camera.

Trooper Robert Tarleton had already stopped someone on Interstate 287 in Bridgewater Township, when the tractor-trailer ran off the road and struck a guardrail, before bursting into flames, according to State Police.

Tarleton saw the crash and returned the man's driver's license, so he could request assistance from fire and emergency medical services.

After Tarleton called in the accident, he sprinted towards the burning truck.

State Police Lieutenant Edward Ryer, who was on his way home from work, had also jumped out of his car in an effort to rescue the driver.

Tarleton and Ryer worked together to pull the man from his cab and dragged him to safety, just as the truck began to explode.

The driver sustained minor injuries and was transported to Morristown Medical Center to be examined. The cause of the crash is currently being investigated.

Ryer and Tarleton will be available to speak with the media at division headquarters in Ewing, N.J., on Wednesday morning at 10 a.m.