New York this week became the second state to enact a law intended to force firearms manufacturers to adopt microstamping, a technology by which guns imprint tiny codes on ammunition cartridges as they are fired — creating a unique signature police could use to help solve crimes.

Big questions remain, though, about whether the new law will actually result in such guns being offered for sale.

California passed a similar law 15 years ago. Since then, no handgun capable of microstamping has been introduced for sale in that state.

Instead, gunmakers have pulled new handgun models from the California market rather than equip them with the technology, which critics say is costly, unworkable and of questionable value as a crimefighting tool.

A bullet casing showing identification codes, at center, is shown through a microscope at a news conference at the Los Angeles Police Academy in 2007. (AP Photo/Reed Saxon, File)

Both states are now trying new tactics to pressure manufacturers. Backers of New York's new law say it has a chance to succeed where California initially failed.

"The New York legislature has set up a more robust system that will produce a set of conditions and evaluations that doesn't rely on the gun industry to give them a thumbs up or thumbs down," said David Pucino, of the Giffords Law Center to Prevent Gun Violence.

A pair of engineers in New Hampshire are credited with inventing microstamping as a potential law enforcement tool three decades ago. The process involves engraving a serial number inside the firearm on the tip of the firing pin or breech face.

When the gun fires, that unique number or code is stamped on the shell casing. Law enforcement investigators could then pick up casings at crime scenes and turn to a database that could indicate which gun fired the round and where that weapon was last sold by a licensed firearms dealer.

"The issue here is providing a forensic tool to identify a firearm when a firearm is not recovered," said microstamping co-inventor Todd Lizotte.

California passed a similar law 15 years ago. But, after that, no handgun capable of microstamping has been introduced for sale there, according to the Associated Press. (iStock)

Peter Diaczuk, a firearms expert with John Jay College of Criminal Justice, said there are unanswered issues that still need to be resolved before microstamping becomes a valuable law enforcement tool. It's unclear, for example, who would maintain any database capable of linking serial numbers on recovered shell casings to firearms.

Diaczuk said he's also worried about a lack of research on microstamping and how long the engraving technology lasts before it wears out. He said worried supporters are exaggerating how well microstamping is proven to work.

"This is absolutely not a panacea, not a magic bullet that's going to make gun crime go down dramatically," Diazczuk said.

But gun control groups say the technology could still be a valuable law enforcement tool.

"The firearm, gun industry has set up an idea that it has to work 100% all of the time, and that's not a reality for any technology we have," said Ari Davis of the Coalition to Stop Gun Violence.

California's law, passed in 2007, was intended to phase in the technology by requiring it in all new handgun models. The law was stalled by legal challenges, but even after a court upheld it in 2018 — ruling microstamping was technologically possible and reasonably affordable, at a cost of $3 to $10 per gun — manufacturers balked. 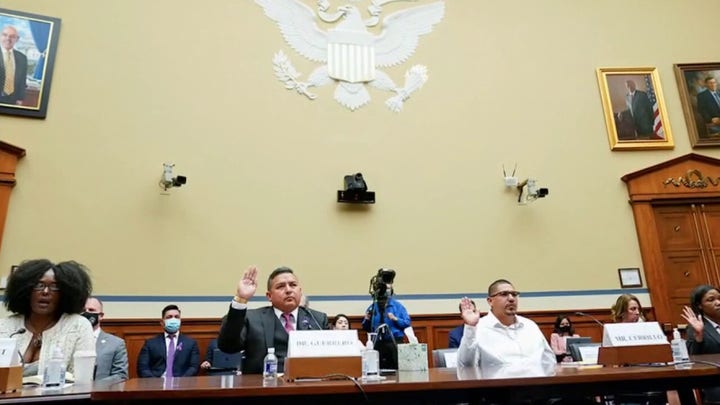 Rather than introduce new models, they have continued to sell older designs previously approved for sale.

"What the gun industry has done is said, 'We're not going to sell any new models of guns that fall under the statute,'" said Dru Stevenson, a firearms policy expert and professor at South Texas College of Law Houston. "The problem with the statute is that it grandfathered in too many existing models."

California lawmakers are now trying tweaks. New weapons used by law enforcement agencies in the state must utilize microstamping starting in 2023. Another law would gradually whittle down the list of noncompliant handguns approved for sale in California by removing three older models for every new, microstamp-equipped model put into the market, starting July 1.

New York's law takes a different approach. Its microstamping law covers all newly manufactured handguns, not just new models, meaning gunmakers would only be able to bypass the rule until they depleted existing stock.

The gun lobby has continued to argue the costs and challenges of adopting microstamping are much steeper than supporters portray.

Microstamping involves stamping a unique code or number onto a shell casing after it is fired from a gun. (AP Photo)

Gun advocacy groups have argued that criminals could switch out handgun parts to avoid microstamping.

"It is too easy to modify, too easy to make changes so the numbers wouldn't be visible," New York State Rifle and Pistol Association Executive Director Tom King said. "The reason the state is doing this is because firearm manufacturers said they wouldn't make microstamping pistols for one state. This is a backdoor method for banning firearms in New York."

The industry has argued that the market for semiautomatic pistols in California is so lucrative, no rational business would sacrifice it unless it really couldn't find a way to implement the technology. 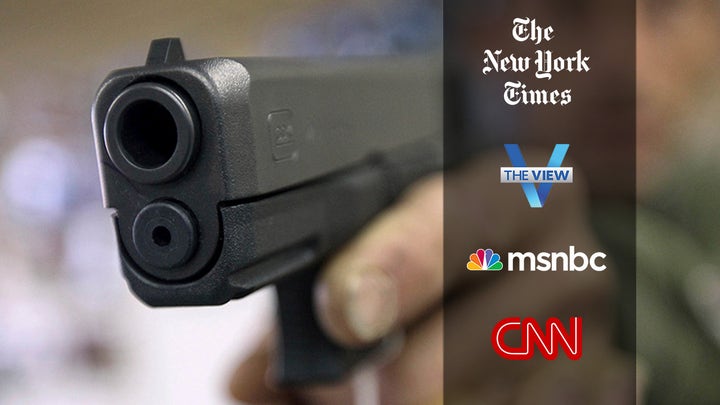 Half a dozen gun manufacturers, including Ruger and Smith & Wesson, didn't respond to emailed requests for comment about whether they'll adopt the technology for guns sold in New York.

The law's supporters hope the market pressure created by two big states will be enough to get gunmakers to adopt the technology. New York alone sees monthly sales of nearly 10,000 firearms that could eventually fall under the law, according to Christian Heyne, vice president of the gun control group Brady.

"The ripple effect of being able to force the industry to use this technology could have dramatic impacts across the country," Heyne said.

State officials will spend six months investigating whether microstamping is as technologically viable as its supporters claim. If the answer is "yes," the state has given itself four years to set up regulations. After that, dealers who sell firearms that violate the law could face fines or the loss of their license.