Is this the start of a national gun registry? Biden ATF reportedly has records on nearly 1 billion gun sales

A U.S. appeals court on Wednesday ruled that California's ban on the sale of semiautomatic weapons to adults under 21 is unconstitutional, a move gun-rights advocates hope will pave the way for similar rulings in other courts.

The San Francisco-based 9th U.S. Circuit Court of Appeals said the law violates the Second Amendment and that a San Diego judge should have blocked what is called the "an almost total ban on semiautomatic centerfire rifles" for young adults.

"America would not exist without the heroism of the young adults who fought and died in our revolutionary army," Judge Ryan Nelson wrote in the 2-1 ruling. "Today we reaffirm that our Constitution still protects the right that enabled their sacrifice: the right of young adults to keep and bear arms."

A dissent was written by U.S. District Court Judge Sidney Stein, who was assigned to the panel from the Southern District of New York.

California Gov. Gavin Newsom, along with several elected officials, meets with the media at Del Mar Fairgrounds on Feb. 18 where he backed state legislation that would allow for private citizens to enforce the state's ban on assault weapons. A U.S. appeals court ruled Wednesday that California’s ban on the sale of semiautomatic weapons to adults under 21 is unconstitutional.   (AP)

The Firearms Policy Coalition, which brought the case, said the ruling makes it optimistic age-based gun bans will be overturned in other courts.

"Today’s decision confirms that peaceable legal adults cannot be prohibited from acquiring firearms and exercising their rights enshrined in the Second Amendment," FPC Vice President of Programs Adam Kraut said in a statement to Fox News. "We are pleased to see progress on this important legal front and optimistic that similar results will come from our many other challenges to age-based bans filed in courts across the United States."

However, the ruling was not a total victory for gun rights advocates.

They had sought to block the state from requiring a hunting license for purchases of rifles or shotguns by adults under 21 who are not in the military or law enforcement.

In a statement to Fox News, a spokesperson for California Attorney General Rob Bonta said his office is reviewing the court's decision.

"California will continue to take all necessary steps to prevent and reduce gun violence," the statement said. "We remain committed to defending California’s commonsense gun laws, which save lives and make our communities safer."

Matthew Jones, a 20-year-old at the time from Santee in San Diego County, was the lead plaintiff in the case. He said he wanted a gun for self-defense and other lawful purposes but didn't want to obtain a hunting license. 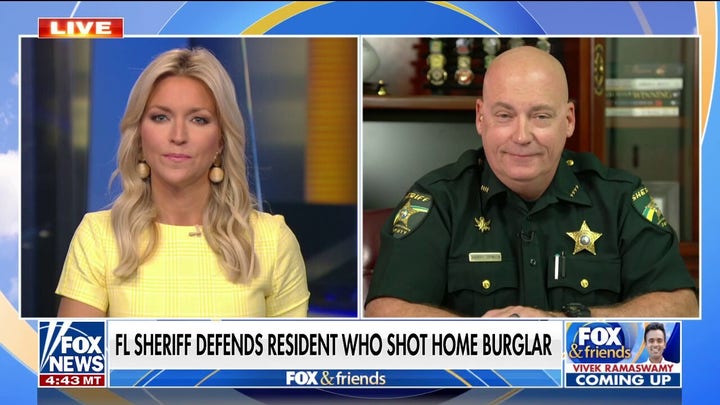 Matthew Jones, a 20-year-old at the time from Santee in San Diego County, was the lead plaintiff in the case. He said he wanted a gun for self-defense and other lawful purposes but didn't want to obtain a hunting license.