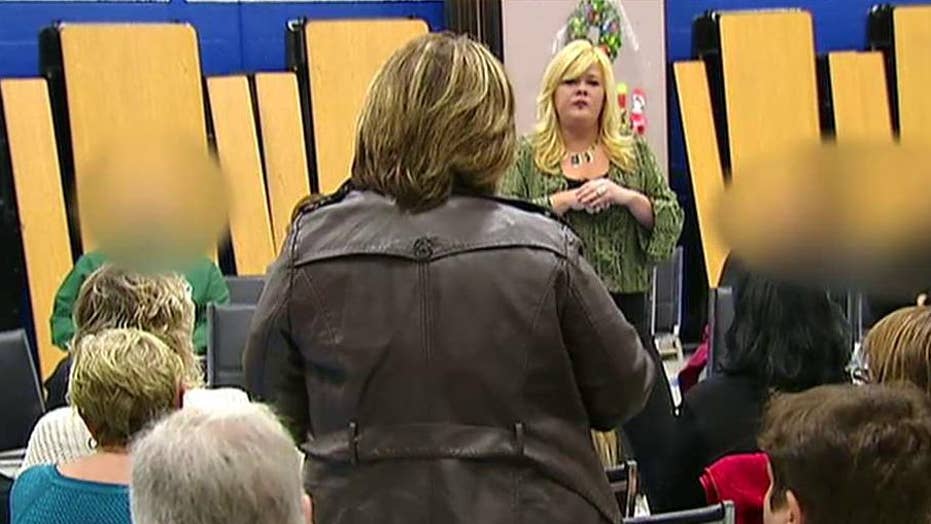 STATEN ISLAND, N.Y. – Some 30 people recently gathered on a rainy evening at a local high school auditorium, and while most were strangers, they were united by the burden of a loved one addicted to heroin -- and by their hope for help from an unlikely angel.

Alicia Palermo-Reddy, a full-time nurse on Staten Island, started her own support group, called Addiction Angel, after a member of her extended family had a drug problem five years ago. Since then, she has seen a disturbing increase in heroin addiction in this borough of New York City and not enough resources to fight it. So she took on the fight.

"I realized I have knowledge, drive and the energy to help people with addiction, and the biggest part of the problem which I found on Staten Island was that there were no resources," she said. "I started holding support groups in my backyard and they escalated, and every month they got larger and larger."

Alicia now holds two meetings a month, but that's only a small part of her battle.

"My phone rings constantly 24-7," she said. "I could probably say I know personally of 30 deaths since May this year, which is horrific."

Today, Staten Island leads New York City in heroin and opiate deaths. More than 250 lives have been lost to the drugs in the last four years, and it also has the highest overdose rate in the city, according the health department.

At the meeting, devastated parents listened to Palermo-Reddy and share their stories with all in the room. A 16-year-old boy just sent away by his parents to recovery in a far-off state, a mother talking about how she can longer help her beloved son.

Other heart-wrenching stories filled the room with sadness. Parents cried trying to get their words out as they told their tragic stories of addiction. Throughout the evening, Palermo-Reddy listened and exuded the strength and the support they needed to carry on.

“My son was addicted to heroin he overdosed three times (and) the third time he lost his life," said Brian Hunt who lost his 23-year-old son last year. Hunt now spends his time sharing his son’s story trying to help others.

While he didn’t know of Palermo-Reddy during the time of his son’s addiction, he said she’s invaluable to the community.

"Alicia's been tremendous; Alicia needs to have to have more support from the community, from our political officials. They need to back her up because she does ground level in the trenches helping families helping people,” he said.

Despite the sadness, Palermo-Reddy has breathed new life into former users. She has many success stories, including that of Vincent, who prefers not to give his last name.

Now 24, Vincent has seen several close friends die from drugs. He said a friend got him into drugs a few years ago. Now clean, he credits Palermo-Reddy with saving his life.

“I’m actually alive, I love my life, and I’m ready for success," said Vincent, a college graduate who is looking for a job in finance.

Palermo-Reddy said it brings her great joy to hear from the people she’s help save and are now clean. She said that’s what keeps her going.

“I just got a text from a mother who had four children using, and she said, 'I just want to thank you that I'm able to enjoy this Christmas holiday with my four children, thanks to you.'" Palermo-Reddy said. "So those things keep me going.”

To learn more or to donate to Addiction Angel, check out their Facebook page: www.facebook.com/AddictionAngelRN