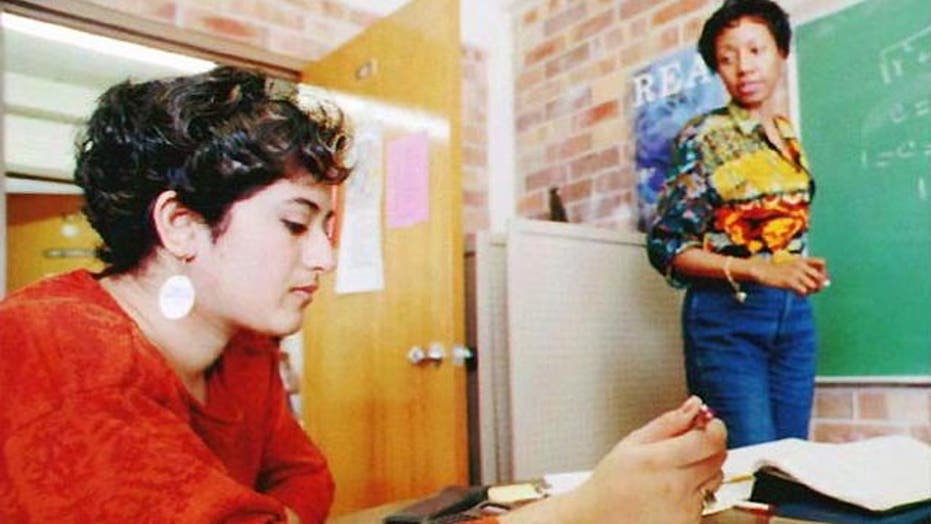 Mr. and Mrs. Politically Correct have laid down the law at City University of New York, where gender-specific salutations are now a no-no.

School officials sent out a memo barring professors and other staffers within the graduate program from addressing students with titles like “Mr.” and “Mrs.," according to the Wall Street Journal.

“Effective Spring 2015, the (graduate center’s) policy is to eliminate the use of gendered salutations and references in correspondence to students, prospective students, and third parties,” read the memo to employees. “Accordingly, Mr. and Ms. should be omitted from salutations.”

While the directive specifically targets written interactions with students and prospective students, Tanya Domi, a spokesperson for the school told the newspaper that the policy should be “interpreted as broadly as possible.”

Domi added that the policy aims to work “within a regulatory framework to comply with Title IX legal principles.”

The new policy has sparked a debate in academia.

“My interpretation was that I was being asked to adhere to this policy, as were the other professors who received the letter,”  Juliette Blevins, a linguistics professor at the school said to the Journal. “I would like to do everything possible to foster a gender-inclusive learning environment on campus. However, I do not believe that prescriptive language policies should be a part of that effort.”

Other faculty members were not as worried.

“I don’t use ‘Mr.’ or ‘Mrs.’ anyway,” Claire Bishop, an art history professor, told the newspaper. “What’s anyone’s marital status got to do with how we address them?…Why should women have to say whether they’re married or not? That’s increasingly something that our society has got to take into account.”

Free speech advocates worry that policies like the one at CUNY lead to a slippery slope that intrudes on academic freedom.

"Title IX prohibits discrimination—nothing more,” Ari Cohn, a free speech lawyer told The College Fix for an article on the matter. “Unfortunately, this problematic justification is emblematic of a pattern that FIRE is increasingly concerned by: Title IX is being turned into a Swiss army knife that can be used by colleges and universities to justify (and provide political cover for) virtually any academic or institutional policy even tangentially related to sex or gender.

“A strict mandate would impose on the way professors conduct their classes—traditionally the domain in which they have the most autonomy,” he said.