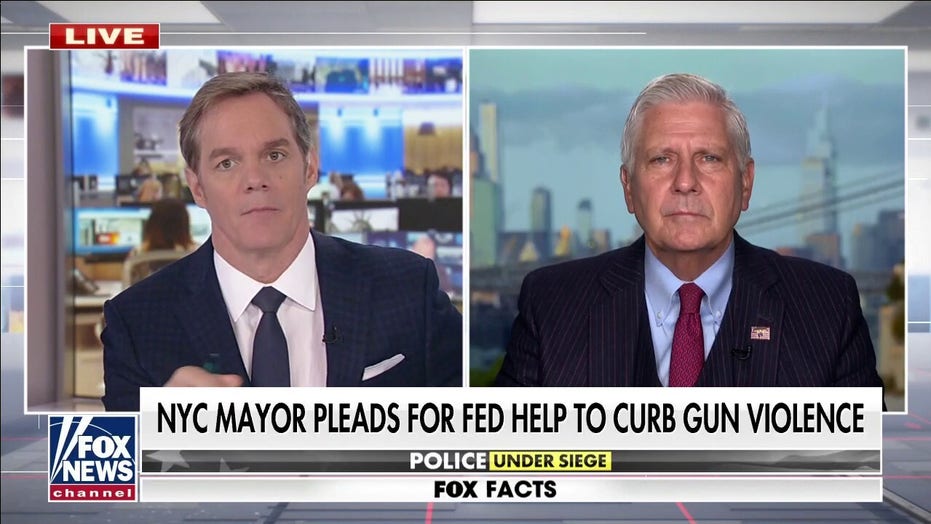 Two stabbings unfolded over the course of about 30 minutes in the New York City subway system on Saturday.

The first stabbing occurred just before 8:30 p.m. in Washington Heights while a 24-year-old man was waiting in the mezzanine, WABC reported. Two teens allegedly approached the man and tried to rob him.

The teens reportedly stabbed the man before running away. The man refused medical treatment and is expected to survive, WABC reported.

About 30 minutes later, another man was stabbed in Morningside Heights. A 31-year-old man was riding on a southbound train when he spotted another man smoking on the train, the outlet reported.

The 31-year-old asked the smoking man to move and was reportedly stabbed in the arm with a knife.

No arrests have been made and investigations are ongoing, an NYPD spokesperson told Fox News Digital.

The stabbings were only two of four violent attacks within the subway system on Saturday, according to WABC.

Subway slashings increased by 29% last year compared to 2020. There have been at least 27 slashings so far this year, which is up 35% compared to the same time period in 2021, the New York Post reported.

Mayor Eric Adams and New York Gov. Kathy Hochul unveiled the city’s plan on Friday to combat crime in the subway system and address homelessness. The plan includes police officers enforcing the Metropolitan Transportation Authority's code of conduct for offenses such as sleeping on trains and carrying piles of trash.