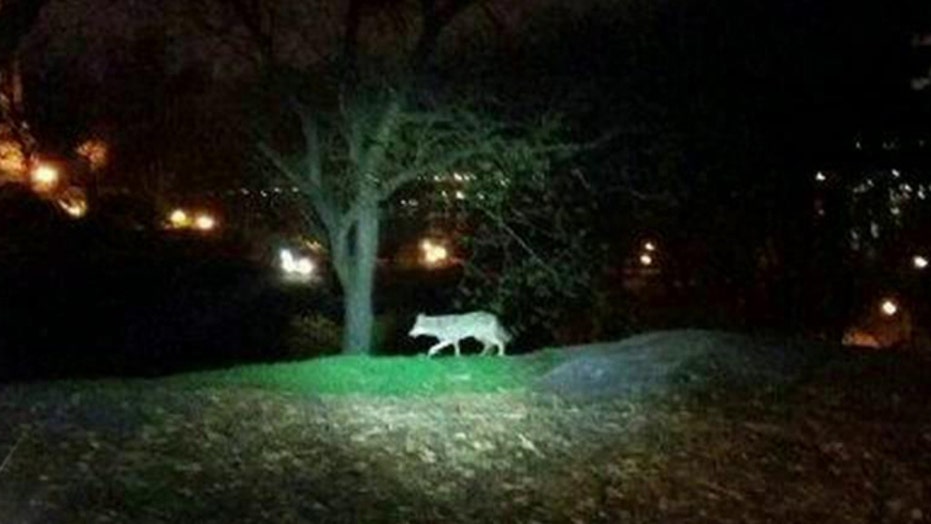 Coyote sightings on the rise in NYC

NYPD officers nabbed a wily coyote Saturday who made a rare trek to lower Manhattan.

Police chased after the female coyote after a pedestrian spotted the animal trotting through Battery Park City around 6 a.m., the New York Post reported.

The paper said police collard their prey with a tranquilizer dart as it cowered under the tables and chairs of an outdoor café.

There have been several coyote sightings in Manhattan in the past few days, a noisy metropolitan stew more suitable for humans than wildlife.

Police transported the coyote uptown where it was booked into the Center For Animal Care and Control.

The city Parks Department said the coyote “was examined and will be released into an appropriate wilderness area.”