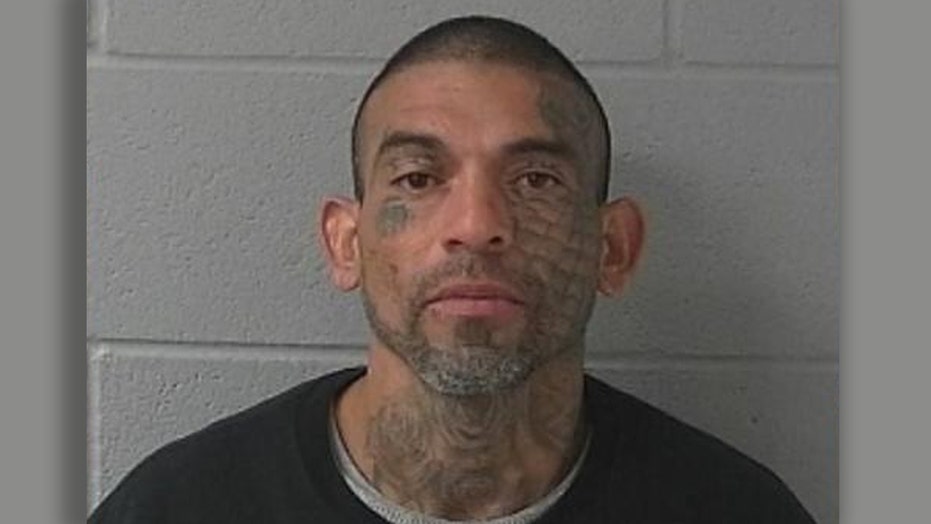 A New Mexico man was arrested for murder Monday after he reportedly told law enforcement that he was trying to prove himself to a Mexican drug cartel.

Anthony Breeding, 35, was arrested and charged with murder in the first degree for the Dec. 5 slaying of Jose Angel Rivera, 35, outside his Hobbs residence, the Lea County Sheriff’s Office said in a news release.

Deputies were dispatched to Rivera’s home at around 1 a.m. over reports of an unconscious male. Once on the scene, they discovered a deceased male who was later identified as Rivera.

Police found a gun on the scene but investigators soon determined that it was not the one that had been used to kill the victim.

Anthony Breeding, 35, was charged with murder, receiving a stolen firearm, felon in possession of a firearm and attempt to commit aggravated burglary. He is being held in the Lea County Detention Center on no bond.  (Lea County Sheriff’s Office)

The following day, on Dec. 6, police received an anonymous tip leading them to Breeding.

Deputies found the firearm in a chicken coup in a residence, which led to authorities detaining Breeding.

He told police that he and two other men were attempting to collect a $30,000 debt from Rivera when a confrontation between the four broke out. As the three suspects were leaving the property, an armed Rivera slowly backed into a carport.

That’s when Breeding says he fired three to four rounds in Rivera’s direction before their car took off.

Lea County Sheriff Corey Helton told the Associated Press Breeding was working for a Mexican drug cartel. He reportedly claimed that he wanted to prove himself to the cartel.

He was charged with murder, receiving a stolen firearm, felon in possession of a firearm and attempt to commit aggravated burglary. He is being held in the Lea County Detention Center on no bond.