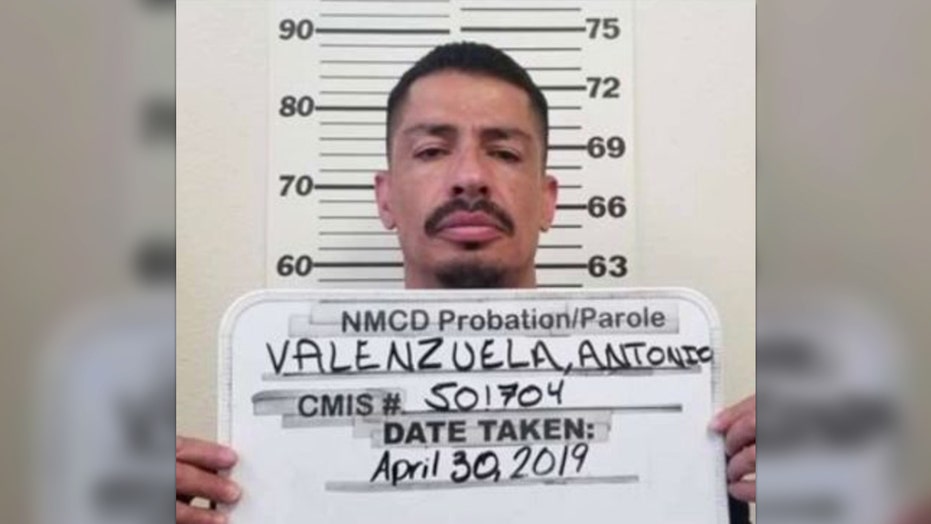 A New Mexico police officer is facing manslaughter charges in the death of a man who died after being subjected to a neck restraint technique during a February arrest, prosecutors said.

The charges against Las Cruces Police Officer Christopher Smelser were announced Friday, amid nationwide protests over the death of George Floyd in police custody in Minneapolis. Floyd died after an officer kneeled on his neck for more than 8 minutes in an incident caught on cellphone video by a bystander.

Antonio Valenzuela, 40, died during a traffic stop in Las Cruces, N.M., after an officer placed him in neck restraint, prosecutors said. Officer Christopher Smelser has been charged with manslaughter. (New Mexico Corrections Department)

Valenzuela, 40, had an open warrant for a parole violation.

Smelser and another officer attempted to subdue Valenzuela with a stun gun to no avail, D’Antonio said.

"Valenzuela was continually struggling to get away, once on the ground, during this struggle, Officer Smelser applied a vascular neck restraint technique to gain control," he said. "It is police policy that after any use of force, fire and ambulance are called upon to provide medical care, if necessary. Mr. Valenzuela was observed as non-responsive, EMS technicians attempted life-saving measures which were not successful."

A coroner ruled Valenzuela’s death a homicide on Thursday, according to reports.

He will be fired, Las Cruces Police Chief Patrick Gallagher said, according to the station.

“Words are insufficient to bring comfort to Antonio Valenzuela’s family, but I extend my sincere condolences for their loss,” Gallagher said. “It is a tragic day for everyone involved when there is an in-custody death or a death as a result of a police apprehension. Once we learned of the findings in the Medical Investigator’s report, we felt in necessary to immediate initiate termination proceedings.”