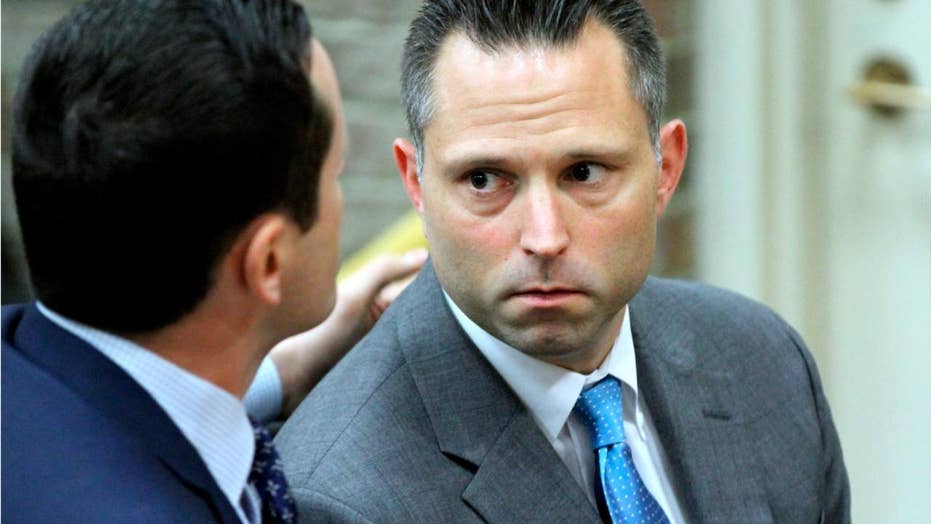 The former NJ school official who defecated on another school’s track field is suing the police department for releasing his mug shot, claiming the agency’s actions smeared his reputation and ‘altered his life forever.’

A former New Jersey superintendent who pleaded guilty to defecating on another high school’s track field last May sued the police department for releasing his mug shot, claiming the agency’s actions smeared his reputation and “altered his life forever.”

Thomas Tramaglini, who resigned as superintendent of the Kenilworth schools in July, filed a lawsuit Tuesday stating Holmdel police violated his constitutional rights when officers took the mug shot and released it to media outlets following the summonses that were issued against him in May.

At the time, Holmdel police announced in a Facebook post that Tramaglini faced lewdness, littering and defecating in public charges after human feces were found on the Holmdel High School's track and football field “on a daily basis.” The former superintendent was unmasked as the “mystery pooper” when surveillance video captured him relieving himself on the track.

Thomas Tramaglini has sued the local police department for releasing his mug shot to the news media. (AP)

Tramaglini’s case received national attention and earned him the unfortunate nickname of “pooperintendent.” He said in the lawsuit Tuesday that the police department’s "unauthorized, intentional, reckless, malicious, and unlawful conduct” led to the negative publicity that damaged his reputation.

"Nearly a year after his ordeal began, today Dr. Tramaglini fights back against the police misconduct that has altered his life forever," attorney Matthew Adams said Wednesday. "He is severely underemployed and is fighting for any semblance of normalcy he can create for himself and his family."

Tramaglini eventually pleaded guilty to a charge of defecating in public and paid a $500 fine. The two other charges were dismissed.

Thomas Tramaglini, 42, was charged with lewdness, littering and defecating in public in May 2018, police said. (Google Maps/Holmdel Township Police Department)

Tramaglini, who reportedly received more than $100,000 after negotiating a separation agreement with Kenilworth Public Schools, now works outside the education field, his attorney said.

Adams argued that state law prevents police from taking and releasing mug shots of people charged with low-level offenses, liked the one Tramaglini pleaded guilty to. In a letter he sent to the state attorney general's office in February seeking a probe, Adams wrote that a review of township arrest reports involving similar municipal ordinances violations since 2007 revealed no instances in which mug shots were released.