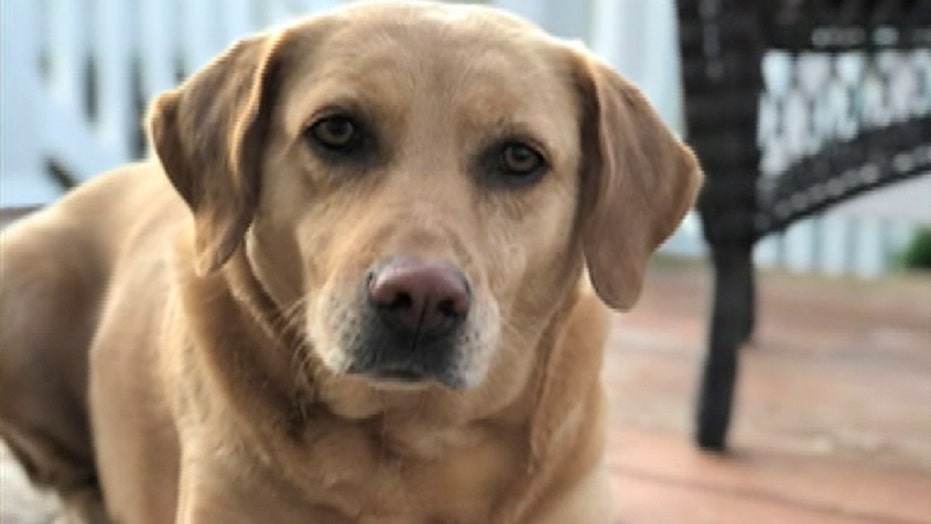 Former Navy SEAL Mike Ritland has gone to the dogs. After witnessing their ability to serve with soldiers in the field, Ritland started his own businesses centered on training canines for police departments, the military, and personal protection. He hasn't looked back.

“It’s a multipronged approach. On the company for-profit side I own Trikos international," he told Fox News, "which sells dogs in a few different working capacities -- primarily police, military or personal protection. I occasionally sell puppies to regular folks who are looking to get into that type of dog or dog training.

“But most of what I do is selling dogs either to private individuals as fully trained and finished protection dogs or selling dogs to police departments, all over the country for federal law enforcement."

He joined the Navy straight out of high school and was awarded the opportunity to work with canines toward the end of his service.

“I joined right out of high school at 17. I actually had to wait until I turned 18 to go to boot camp, the summer after I graduated in ’96," he said. "I grew up in Iowa and swam competitively, which is a big reason why I picked the Navy as opposed to any other special operations. I was in for a little over 12 years and I spent all of my operational time with SEAL Team 3 and I was a Bud/S [Basic Underwater Demolition/SEAL] instructor for the last three years that I was in.

"As I was getting out I started working with the West Coast SEAL Canine Program," Ritland explained. "And then as I got out, I chose to go and start my own dog company and then two years later came back and secured the training contract for that same group, and held the contract for several years."

Ritland founded his company Trikos in 2012 and described his primary job as being a "broker" for clients seeking highly trained dogs for specific tasks such as explosive removal or searching for missing corpses.

"I’ll go leverage my contacts overseas and find a dog that is going to fit for whatever program they have," Ritland said. "I’m basically a broker for them. Some of them want some training done. Maybe they want an odor put on the dog in terms of narcotics, explosives, human remains. Some people want a fully trained dog. And there are departments that want something in-between those two kinds of extremes."

The native Iowan said seeing dogs in action during his service in Iraq had a profound impact on his life and made him realize how vital they are to completing complex missions.

“I was always really fascinated by their ability to train them to do simple stuff, like using their nose to find ducks or pheasants and pick them up with a soft mouth – bring them back," he said. "Diving in icy cold water and breaking through thorn bushes, and I thought it was pretty neat. I was always a huge dog guy growing up.

"In the military, I got into a lot of different hunting breeds of a bunch of different capacities," he added. "In 2003 in Iraq, that was really my first experience seeing service dogs [in action]. There had been times in different parts of SEAL training when we’d be somewhere where units were using dogs, and I thought it was cool. But in Iraq, I realized how valuable they were. So I’ve been really consumed by living, breathing, eating and sleeping it.”

AIRLINES WOULD BE ALLOWED TO BAN EMOTIONAL SUPPORT ANIMALS, ALLOW ONLY SERVICE DOGS UNDER NEW PROPOSAL

In addition to his writing and private business, Ritland founded The Warrior Foundation in August 2010, which rehabilitates dogs when they reach the end of their service life.

"We take in, retire and act as a rehabilitative sanctuary for [service dogs]. When units get to the point, and this happens for a number of reasons, where the dog is going to be euthanized if we don’t take him – in those instances we take them," he said. "We’ve taken over 170 dogs in that nine and a half year period. We currently have 26 we are caring for."

"It’s rehabilitating them and unwinding their minds. It’s really just letting them be a dog and taking the pressure off of them," he added.

The former SEAL also has an online dog-training program geared toward average homeowners called "Team Dogs," which provides the user with a series of videos and an online forum to discuss dog training.

Ritland said he doesn't regret leaving the military in November 2008 to start his business because it allows him to work with more dogs, and to accomplish more of his goals than if he had stayed in.

“It was a tough decision to not stay in and get into dogs while still in the military, but for me, I’ve always looked at things like, what decision can I make that’s going to give me the most bang for my buck longterm," he said. "Unquestionably, getting out and starting my own company has made a much bigger impact and ultimately given me the ability to do way more than I ever would have by staying in and working one dog.”