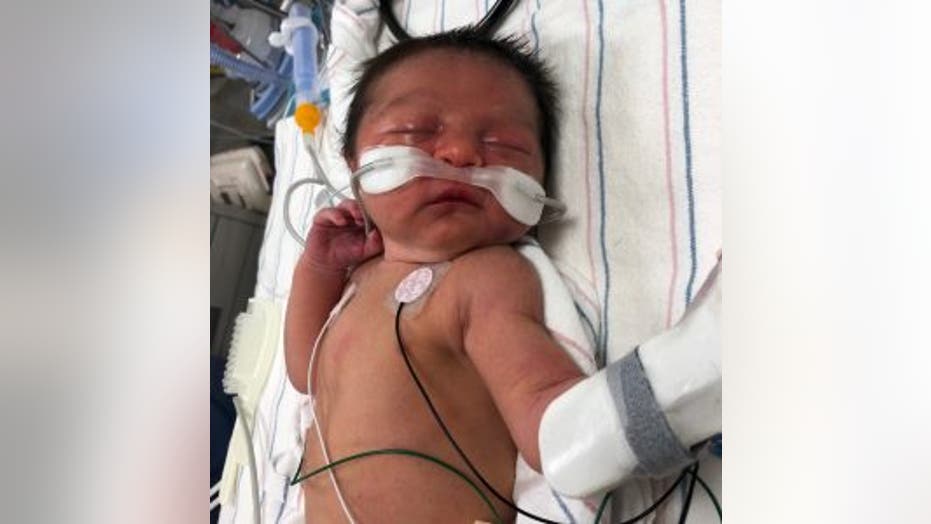 A newborn was found naked and abandoned in a wooded area, according to Maryland police who say the baby was only hours old when she was discovered.

The female infant was found Friday in Silver Spring, Md., by a man who happened to be walking by, heard what sounded like a baby crying coming from the woods and went to investigate, Montgomery County Police said.

“The baby is possibly Hispanic and, according to medical personnel at the hospital, was born a few hours before she was found,” police said.

Police in Montgomery County, Md., reported the discovery Friday of a newborn who was abandoned in a wooded area only hours after being born.  (Montgomery County Police )

They said she was in stable condition.

"We were very fortunate that that man was walking down that sidewalk,” Sgt. Rebecca Innocenti said, according to WJLA-TV.

A man who lives on the block where the baby was found told the station he hopes the infant survives and thrives.

“We’re just happy for the child and feeling badly for the family or the person who felt they needed to do this,” David Devlin-Foltz said.