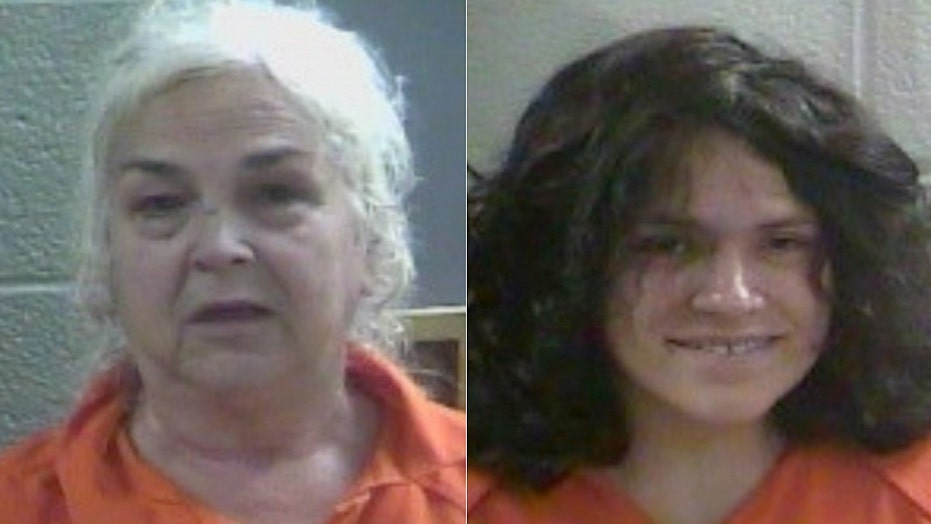 Kentucky deputies say a traffic stop of a trash-filled van led to the discovery of a newborn baby covered in ants.

Doctors treated the 16-day-old baby boy for dehydration and turned him over to social services, according to reports.

The baby was with his mother, Rebeca Fultz, 32, of Livingston, Ky., and his grandmother, Charlotte Simpson, 69, of London, who were both arrested on multiple charges, including criminal abuse, Laurel County Sheriff John Root said.

Root said the deputies who stopped the van and found the newborn noted his breathing was labored, that he was wearing a soiled diaper and that ants were crawling on him.

Mugshots for 69-year-old Charlotte Simpson, and her daughter, 32-year-old Rebecca Fultz, the mother of the newborn found by deputies covered in ants. (Laurel County Sheriff's Office )

The van was pulled over Thursday evening in London with no plates. Deputies detained Simpson and Fultz after a check showed they were both wanted on outstanding warrants.

Root said deputies struggled to get Fultz out of the van and didn’t notice the baby right away. He was under a blanket on the floorboard between the two front seats.

"We told them the baby was in there," Simpson told WKYT from jail. "We were in the shade, and the windows were down. It was living. I mean, why in the world?"

"I treated my son good,” she said. “I'm a good mom. I never neglected him. I have always taken care of him. They told a bunch of lies."