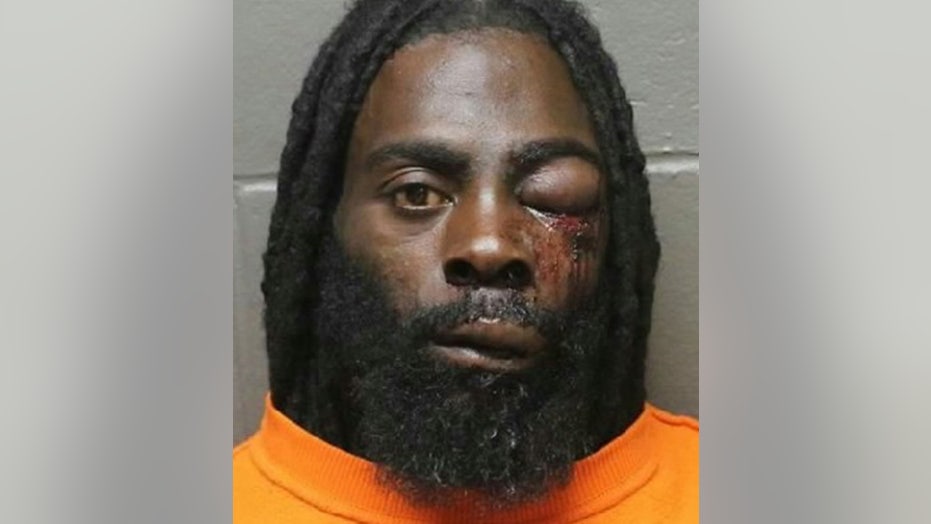 A New Jersey man who was naked, bleeding and under the influence of drugs assaulted a 9-month-old baby in a stroller Monday, authorities said.

Stephon Whitfield, 28, approached a woman taking a stroll with her infant around 9 p.m., Atlantic City police said in a statement.

Whitfield had no clothes on when he grabbed the child and slammed him down in the carriage, WCAU-TV reported, citing a criminal complaint. Doctors treated the baby, who lost a tooth in the attack, for non-life threatening injuries, including scratches, bruising and swelling to his mouth and face, the complaint said.

Stephon Whitfield was allegedly under the influence of narcotics. (Atlantic County Justice Facility)

Before his random attack on the baby, Whitfield had attempted to rob a man inside a vehicle but was pushed away, police said.

Officers arrested Whitfield without incident and charged him with aggravated assault, endangering the welfare of a child and disorderly conduct, police said.