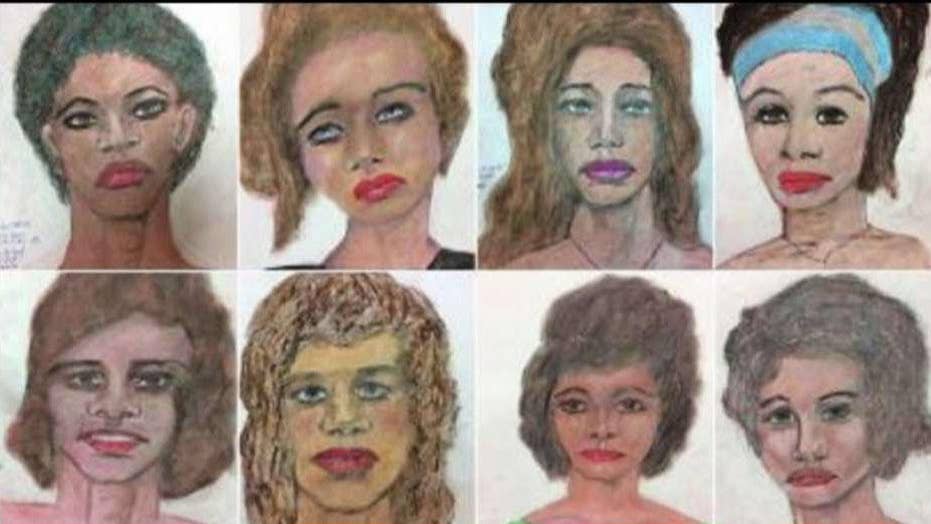 A convicted murderer who has confessed to 90 killings may be linked by a jailhouse portrait to an unsolved killing of a woman in Memphis who was last seen alive on Christmas Eve over two decades ago.

The FBI released sketches last week made recently by admitted serial killer Samuel Little, based on his memories of some of his victims. Little, 78, is in poor health and last year confessed to 90 homicides nationwide over the past four decades.

The drawings were based on the memories he has of some of his victims, which the FBI said were "marginalized and vulnerable women who were often involved in prostitution and addicted to drugs."

After the sketches were released, Anthony Jones told WREG-TV he believes one of the women pictured is his mother, Priscilla Baxter Jones.

The body of the 36-year-old woman, who was a prostitute, according to her son, was found two weeks later in the Mississippi River. Family members said she had been raped, stabbed and strangled.

Anthony Jones' wife, Erica Wells-Jones, said she spotted the sketches and when they compared the photos the similarities jumped out.

Besides the photo, Anthony Jones told WREG-TV that be believes his mom and Little possibly knew each other for months before her murder, and that he even met the killer.

Little drew sketches of at least 16 of the unidentified women, including one in the Memphis area. He admitted to killing a black female about 28 years old who he picked up in Memphis, according to the FBI.

This combination of undated sketches provided by the FBI shows drawings made by admitted serial killer Samuel Little, based on his memories of some of his victims. (Courtesy of FBI via AP)

While Jones said his mother was stabbed, all of Little's other victims were reported to be strangled with their bodies dumped in mostly wooded areas. Because there were no gunshot or knife wounds on the victims, investigators blamed accidents, natural causes or drug overdoses for the slayings.

The Memphis Police Department told FOX13 on Thursday the victim with Memphis ties has not been identified at this point. The department’s homicide bureau is looking into the case and will “provide additional information as it becomes available,” according to FOX13.

Anthony and his wife said they are just hoping to finally get some closure decades later.

“It would be a big weight off him and his brothers’ shoulders to know that this man is off the street,” Erica said.