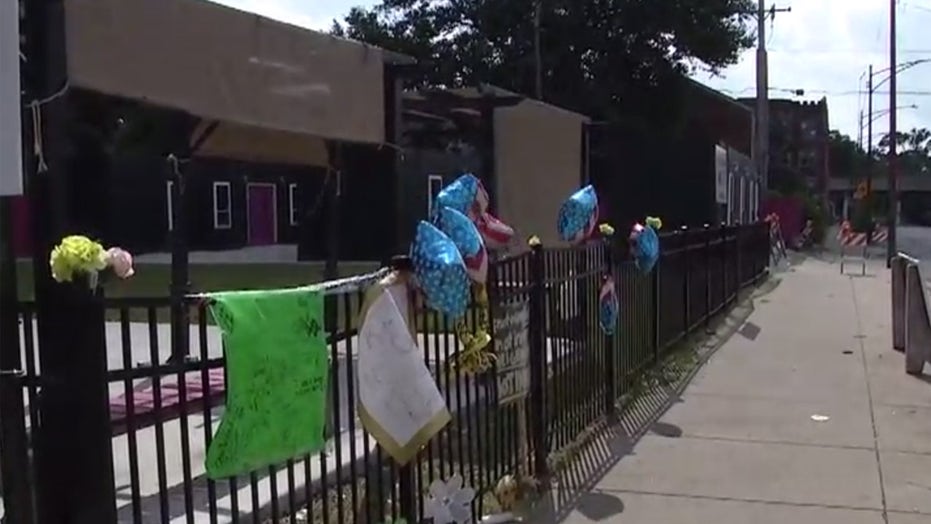 Two women who volunteered for an anti-violence group trying to stop gun violence in Chicago were among those shot to death in weekend violence.

Chantell Grant and Andrea Stoudemire were both mothers in addition to volunteers for the group "Mothers Against Senseless Killings" that worked with other moms to thwart violence on the city's South Side.

Both were working as peacekeepers at a corner where members of the group often stood watch in the neighborhood of Englewood on Friday night when they were shot dead after someone opened fire from an SUV, according to police.

The Chicago Police Department said officers found both women down on the sidewalk after a blue SUV drove up and opened fire. A 58-year-old man suffered a graze wound.

Members of the group had vowed four years ago to take back the corner and keep it safe for women and children after a previous murder there, patrolling the area for the entire summer, WLS-TV reported. Besides hosting barbeques, members of the group told WLS their constant presence was to help deter violence.

CHICAGO MAYOR: POLICE 'ARE LOSING THE STREETS' TO MAJOR ERUPTIONS OF VIOLENCE

"It is sacred ground, as far as we're concerned," MASK member Maria Pike told the television station. "This was a haven that was built by moms."

Chantell Grant and Andrea Stoudemire were shot to death on a while out volunteering as peacekeepers in a neighborhood on Chicago's South Side on Friday. (FOX 32)

A 58-year-old man was also injured in the shooting and suffered a graze wound, FOX32 reported.

A GoFundMe campaign has already raised over $9,000 for a reward to anyone who has information on the deadly shooting.

As of Tuesday, Chicago police say no arrests have been made in connection to the killings.

Authorities said a total of 48 people were shot over the weekend, eight of them fatally.