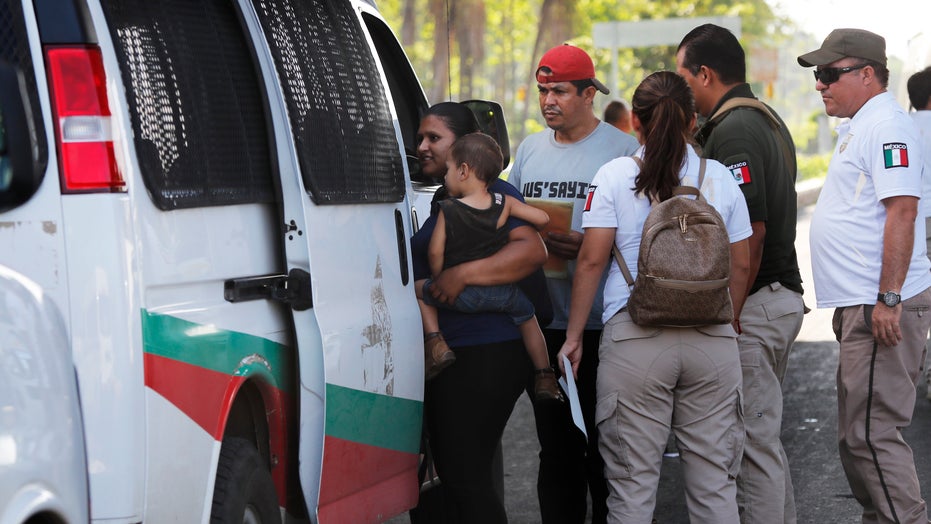 Border Patrol agents are tackling a new influx of migrants from Haiti coming across the U.S. border, an unexpected change from the anticipated flow from Central America that has strained the U.S. immigration system.

Over the past week, more than 180 Haitians have been arrested by Border Patrol agents at the Del Rio Station in Texas, a figure greater than the number of Haitians apprehended over the past three years nationwide, a Department of Homeland Security official told Fox News Wednesday.

The apprehensions coincide with a slew of violent protests and uprisings in Haiti demanding that President Jovenel Moïse resign over allegations of government corruption.

Tires that were set on fire by anti-government protesters burn in Haiti this month. (AP Photo/Edris Fortune)

Prior to this, only 17 Haitians had been apprehended since Oct. 1, 2018, in the Del Rio Sector, according to the Border Patrol.

Following a deadly earthquake in Haiti in 2010 and subsequent political turmoil, the U.S. saw a surge in immigrants from the poorest country in the Western Hemisphere, with 786 apprehensions nationwide in 2013, according to data provided by the Department of Homeland Security. That number climbed to 1,044 in 2014 but shrank dramatically in 2015 to 379. Since then, the U.S. has averaged about 165 apprehensions from Haiti for the past three years -- until now.

CBP arrested a group of 14 people from Haiti on June 11.  Over the next week, Del Rio agents encountered increasingly larger groups of Haitian nationals, including a group of 44 on June 17.

Del Rio Sector agents have apprehended over 36,000 illegal immigrants total this year, more than double the total number of arrests made during the previous fiscal year. More than 29,000 of the individuals arrested this year, over 80 percent, are from some 44 countries other than Mexico.

“Del Rio Sector Border Patrol agents have apprehended immigrants from 44 countries around the world,” Del Rio Sector Chief Patrol Agent Raul L. Ortiz said. “Our agents, along with the assistance of our DHS partners, continue to meet each new challenge as the ongoing humanitarian crisis evolves.”

The site on the southern border has seen other large apprehensions in the past month from countries other than those in Central America, including the largest group of African migrants on May 30, when 116 individuals from Angola, Cameroon and Congo were detained.

“Large groups present a unique challenge for the men and women of the Del Rio Sector,” Ortiz said. “This large group from Africa further demonstrates the complexity and severity of the border security and humanitarian crisis at our Southwest border.”

In all, $3.3 billion of the relief package would be used for necessities such as food, medical care and shelter for unaccompanied children and families coming across the border. The majority of that funding, $2.9 billion, would be for Department of Health and Human Services' Office of Refugee Resettlement to deal with detained children who have yet to be placed into custody with a family member or sponsor in the U.S, while the remaining funds would allow DHS to set up and tend to immigrants in temporary processing facilities crossing the border as a family unit.