Mexico has deployed its national guard to the Guatemala border to stop migrants amid pressure from U.S.; William La Jeunesse reports.

A Senate panel gave its approval Wednesday to President Trump’s $4.6 billion request for funding to tackle the escalating humanitarian crisis at the southern border -- but only after funding for a wall was pulled to get Democratic approval.

The Senate Appropriations Committee approved the bill in a 30-1 vote, sending it to the Senate floor for a vote next week.

The Washington Examiner reports that it also included $1.1 billion for Customs and Border Protection to “improve conditions at border entry points” and for “transportation, medical care and items like clothing, baby formula and other essential items.” It also includes $65 million for new immigration judges and to educate migrants on the legal process.

But agreement on the Committee only came after Chairman Richard Shelby, R-Ala., agreed to drop requests for more detention beds and to a provision that blocks money from being diverted to a wall on the border.

"Let's stay with the humanitarian aid," Shelby said, describing his pitch to fellow lawmakers. "Let's keep the poison pills out."

The agreement is in response to the Trump administration’s urgent request for more funding amid increasing numbers of migrants flooding across the border, many of them coming as family units and therefore complicating both housing and removals. 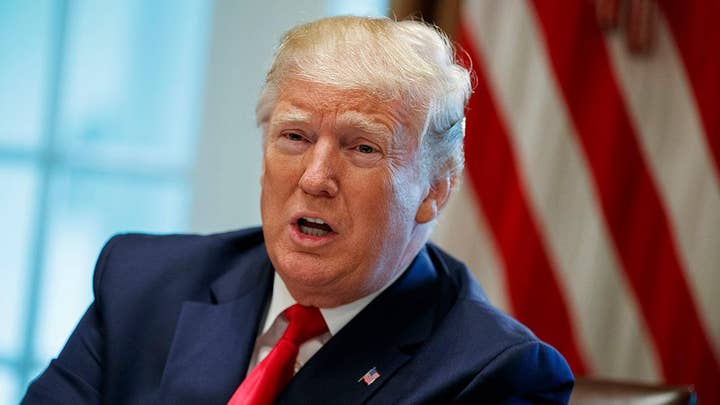 Trump announced this month that he had secured a deal with Mexico that would see the U.S. expand its policy of returning asylum applicants to Mexico while claims are processed, instead of applicants being released into the U.S.

The Democratic-controlled House has not yet released the text of its bill, but Republican sources told Fox News that a number of “radical” riders were being attached by Democrats that would nullify immigration law and protect illegal immigrants who sponsor child migrants.

Democrats on the committee acknowledged to Fox News that there are “active discussions about a supplemental appropriations bill to address the humanitarian crisis President Trump has helped create at the border” but brushed off GOP claims that such proposals would assist child smuggling as "absurd."