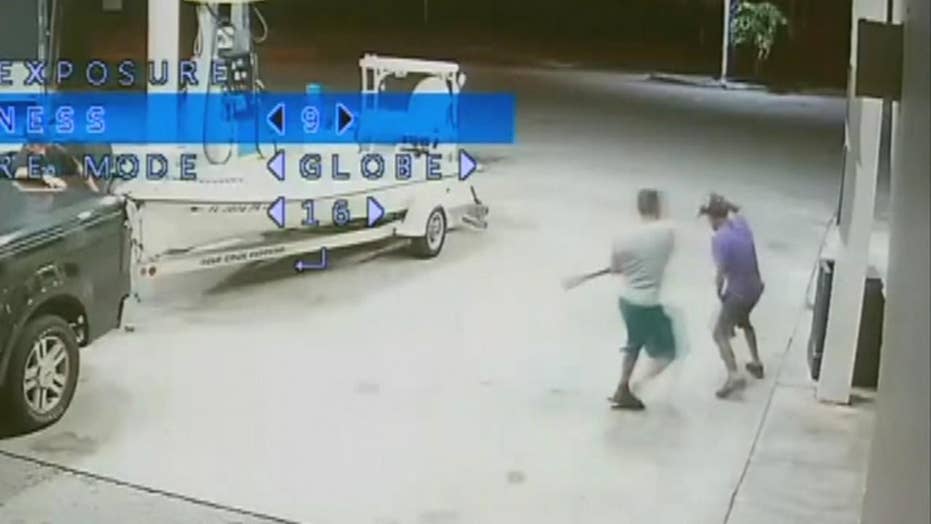 A Miami model faces a murder charge after he was captured on video using a bat to beat a homeless man who later died, police said.

Hivo Rolando Gonzalez, 33, was charged in the death of Pedro Cruz, who died days after he was beaten in the head with a fish bat, WSVN reported.

Gonzalez is accused of striking Cruz, 49, with a fish bat on June 8 after the two got into a heated exchange at Valero gas station in Miami.

In surveillance video released Friday, Gonzalez is seen cleaning out his boat that was hitched to his black truck when Cruz, who is homeless, approaches him. They get into a verbal argument until the situation turns physical.

Gonzalez then takes a bat out of his truck and chases after Cruz. The Miami model hits Cruz in the head twice before getting back into his truck and fleeing the scene. The police report stated Gonzalez “did not call 911, and did not render aid to the victim.”

Gonzalez’ defense lawyer H. Scott Fingerhut told the Miami Herald that his client is “no killer.”

“This is a really good-natured guy who believed he was put into a life-or-death situation,” Fingerhut told the newspaper. “We are deeply sorry about what happened to Mr. Cruz. The bottom line: Hivo Gonzalez is no killer.”

Prior to his death, Cruz was arrested more than a dozen times for charges that included aggressive panhandling, the Miami Herald reported.