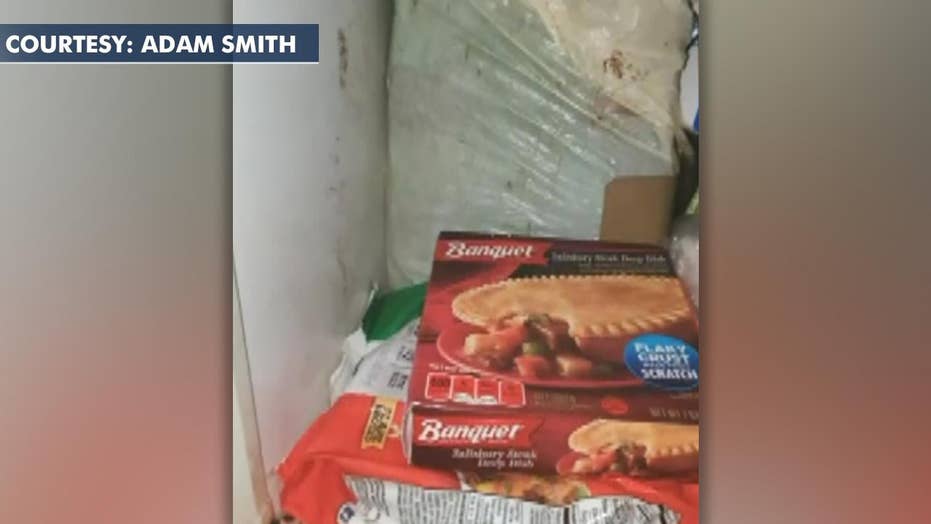 Man finds body of dead baby in his mother’s freezer

Video: South St. Louis resident Adam Smith uncovers the body of a dead baby inside the freezer of his mother’s apartment. Police are investigating the matter.

A Missouri man cleaning out the freezer of his recently deceased mother made a grisly discovery Saturday night when he found the mummified body of an infant -- who he believes might be his sister -- in a box that for decades he thought held a wedding cake.

Adam Smith, 37, moved into his mother’s apartment in the 6000 block of Magnolia, St. Louis to care for her shortly after she was diagnosed with cancer and, after her death last week, he decided to clean out the residence she called home for years.

Smith was going through the freezer when he found a box that he had seen sitting in the unit for decades -- a box his mother always told him not to touch, FOX2 reported. Assuming it was frozen wedding cake or some similar sentimental item, he opened it.

Adam Smith, 37, opened a wrapped box (pictured left) that had been left in his mother's freezer (pictured right) for as long as he can remember.  (Adam Smith)

“There was a pink blanket, baby blanket, and when I reached down and touched it I could feel a foot,” Smith said, adding he “could see the baby’s head with hair -- hair was still attached to it, smooth.”

Police arrived the next day to investigate what they are calling a suspicious death.

Smith will have to wait for an autopsy report to confirm the identity of the victim but he told FOX2 he suspects the body might be that of his older sister. He recalled his mother speaking about losing a child at birth and was even told by a relative that she gave birth to twins, one of whom she gave up for adoption and one of whom died.

“Who absolutely keeps their own child in a box for this long and never talk about it,” he said. “I just have so many thoughts and it’ s just insane. I have to wait for the autopsy to see if that baby ever took a breath and I can not help it to think she might have done something to it. I just can’t help it.”

Smith said the discovery may have come too late, and he worries he’ll never get “closure” regarding the infant’s death now that his mother is gone.

"I'm 37 and it has been in my freezer for 37 years and I was always told it was a wedding cake top," Smith told KSDK. “My mom has always been secretive about things, about life.”