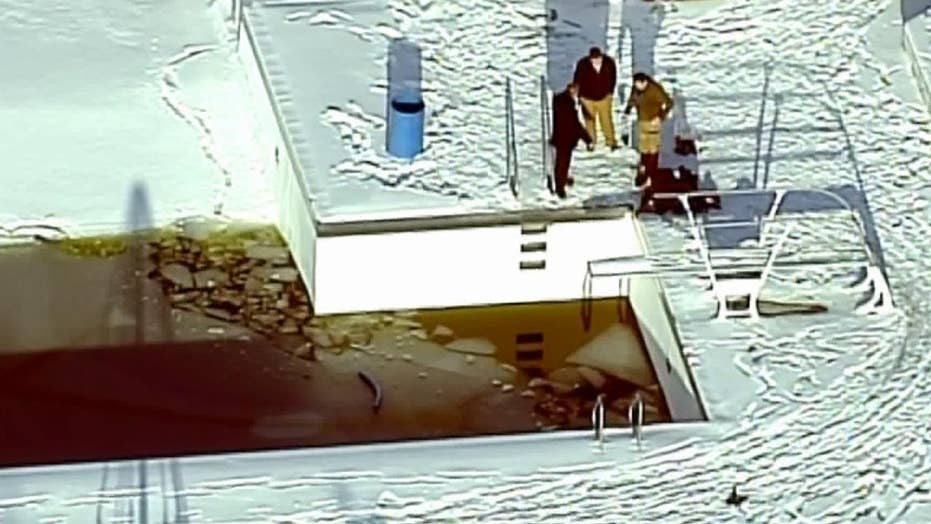 A 10-year-old boy died Wednesday morning, a day after police pulled his body from the icy waters of a Missouri water park.

Police received a 911 call around 1 p.m. Tuesday that a child was “unresponsive” in a pool at January-Wabash Park in Ferguson, law enforcement said in a news release.

IOWA MAN, 18, SAVED FROM TRAPPED CAR IN FREEZING WATERS THANKS TO SIRI: REPORT

Once on the scene, two officers, one with the Calverton Park Police Department, sprung into action, jumping into the water to pull the young boy out.

The responding officers began performing CPR on the boy, who was then transported to the DePaul Hospital in Bridgeton. The two officers also were treated at the hospital and released.

Ferguson Police received a 911 call Tuesday at around 1 p.m. that a child was seen “unresponsive” inside a pool located at January-Wabash Park on N. Florissant Rd., law enforcement said in a news release.  (FOX2)

The child, who has not been identified, died in the hospital Wednesday as a result of his injuries, Ferguson Police Chief Jason said in a news release.

“The child passed away this morning at the children’s hospital where he was still receiving medical care,” his statement read. “We would like to express our heartfelt condolences to the family and friends on the loss of their loved one, you all are in our thoughts and prayers.”

The National Weather Service in St. Louis, just about 12 miles south of Ferguson, reported seeing around 5 inches of snow in the area in the two days before the boy’s death. Temperatures around the time he was in the water were about 30 degrees Fahrenheit.

The boy was in the water for an estimated 20 minutes after falling off an icy diving board, FOX2 reported. There was at least one other child at the scene, believed to be the victim’s brother. He did not appear to have been injured.

Investigators are reviewing security footage from the water park to see how the children got inside.