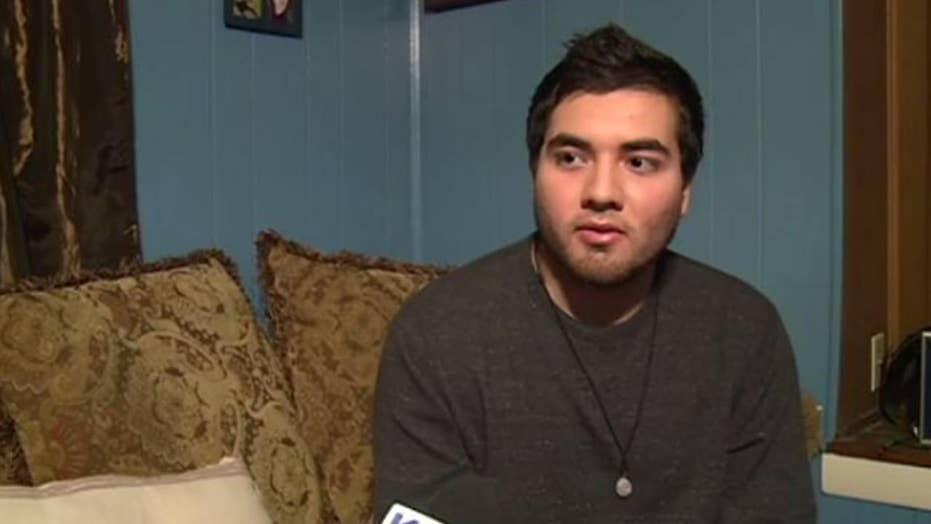 Iowa teen saved by Siri after driving his car into river

Gael Salcedo used some quick thinking and his iPphone virtual assistant to dig him out of a dire situation. The 18-year-old lost control of his car after hitting an ice patch on his way to school. His vechicle plummeted into Iowa's Winnebago River. Unable to escape on his own, he ordered his Iphone virtual assistant Siri to dial 911. Emergency crews got call and were able to save the teen's life.

Technology and quick thinking saved an Iowa man’s life after his car plunged into the freezing waters of the Winnebago River Tuesday morning.

Gael Salcedo, 18, was heading to North Iowa Area Community College in Mason City, over 122 miles north of Des Moines, for class at around 7:30 a.m. when his Jeep hit a patch of ice on the road, sending his vehicle into the Winnebago River, KIMT reported.

"I turned to the right and from there, everything just went blurry. I didn't know where I was going and then I just didn't know what to do. I was just thinking in my head 'I think I'm going to die,'" he told the station.

Salcedo’s situation became more dire after he struggled to find his phone.

Mason City Firefighters responded to the scene but had to help Salcedo out through the passenger side as the strong river flow forced the driver’s side shut.

"My hands were freezing. I couldn't feel my legs anymore, so I was struggling a lot and the water was just so strong, so I kept tripping and I had the guy help me up a bunch of times and I used all my strength to get out of the water," he told KIMT.

He was transported to an area hospital where he was treated for shock before being released several hours later.