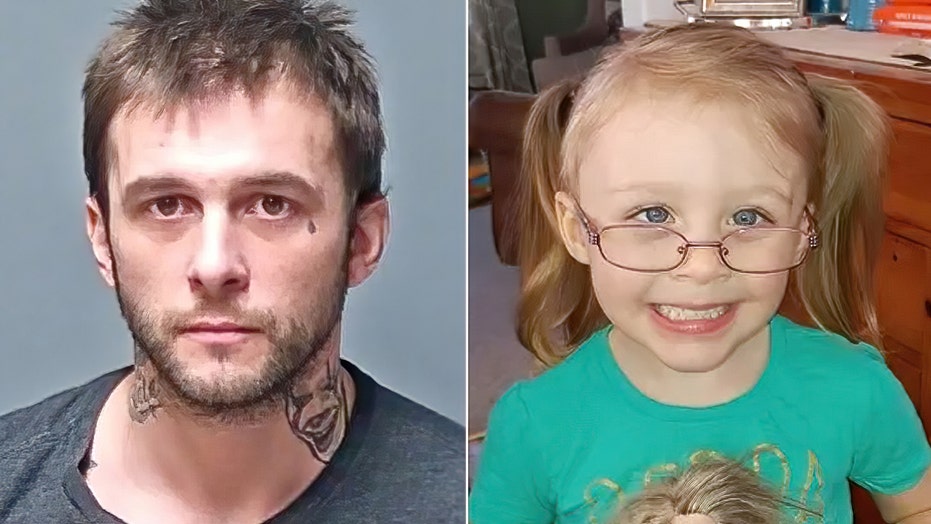 Police confirmed her March 13 death Friday but did not immediately share more details.

"Kelsey Small passed away on March 13th here in Manchester," Manchester Police Public Information Officer Heather Hamel told Fox News Digital. "While the [medical examiner] is waiting on some tests to come back, her death is not considered suspicious."

Left: Adam Montgomery, who police arrested on child abuse and endangerment charges in connection with an alleged assault on his daughter from 2019 and her disappearance. Right: Missing Harmony Montgomery (Manchester Police)

Her death was "unexpected," according to an online obituary.

When police discovered in December that Harmony had not attended school in the two years her drug-addicted, felon of a father held full custody, they began a search for both father and daughter.

They found Adam Montgomery living out of a car with Small on Harvell Street on Dec. 31.

After police questioned Montgomery, they alleged he gave them contradictory statements – including first claiming to have recently spoken to Harmony and then backtracking to claim that the last time he saw Harmony was when her biological mother picked her up, sometime around Thanksgiving 2019.

Then he allegedly stopped answering questions and told investigators, "I have nothing else to say … If I’m not under arrest, I’m leaving."

He was arrested four days later, and Harmony remains missing.

Harmony Montgomery, 7, was reported missing two years after she was last seen. Her stepmother, Kayla Mongtomery, is accused of collecting welfare payments long after she last saw the girl.. (National Center for Missing and Exploited Children, New Hampshire DOJ)

Small told investigators that she was aware Adam Montgomery had three children with Kayla but that her boyfriend had never mentioned Harmony, who came from a prior relationship. Small was not arrested in connection with Harmony’s disappearance.

However, Adam Montgomery and his estranged wife Kayla Montgomery are both being held on separate charges in the case.

Accusations against the father include child abuse for allegedly giving the partially blind child a black eye in 2019. Kayla Montgomery allegedly committed welfare fraud by collecting food stamps in Harmony’s name for months after she’d last seen the child.

Harmony is described as about 4 feet tall and weighs around 50 pounds. She has blond hair and blue eyes. Because of visual impairments, she should be wearing glasses. She’s blind in her right eye.