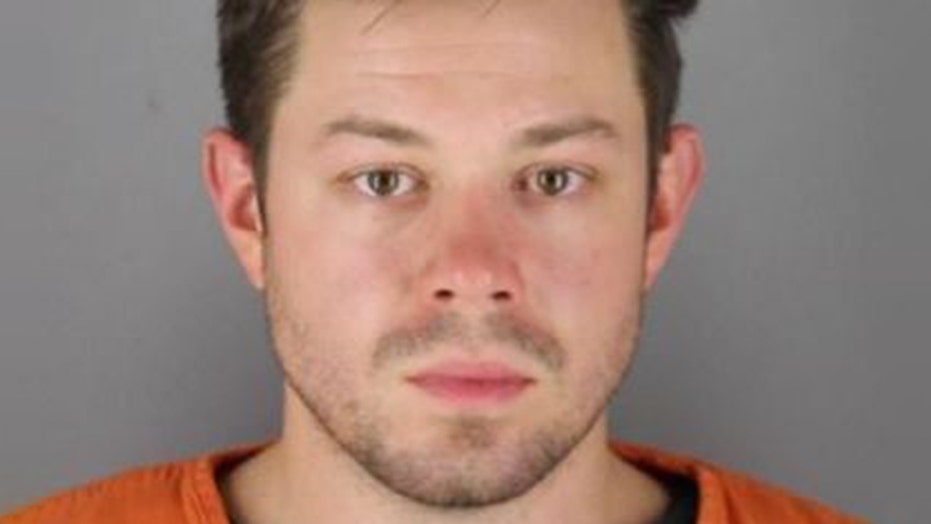 A Minnesota man is facing a second-degree murder charge after allegedly suffocating his wife to death, hiding her body inside their home and then calling police to report her disappearance.

Joshua Fury, of Maple Grove, was taken into custody after investigators found the corpse of his 28-year-old wife, Maria, buried underneath a crawl space on Saturday, according to a criminal complaint filed by the Hennepin County Attorney’s Office.

The complaint says on April 30, during an argument about her leaving him, Joshua Fury “placed both hands around [her] neck and squeezed until he felt a snap.”

He then put a plastic bag over her head until she stopped breathing, “wrapped her arms in duct tape, carried her body to the crawl space, dug a hole, placed her body in the hole, filled it up, covered and chalked plastic over the space then cleaned up the surrounding area and himself before going to work,” the complaint alleges.

After returning home that night, Fury – in a phone call to police – claimed his wife wasn’t there and allowed responding officers to search the property, the complaint adds.

Investigators initially didn’t find anything, but they eventually discovered the body two days later after obtaining a warrant for a search with the help of K-9 units.

"Defendant said he intended to use the duct tape roll that he used to wrap Victim's body to also hang missing posters for her," the complaint also stated. It listed asphyxiation as her cause of death, citing preliminary autopsy results.

Fury, if convicted, could face a maximum sentence of 40 years in prison. Prosecutors will be requesting a bail of $2 million during his initial court appearance Wednesday, the Hennepin County Attorney’s Office says.

Maria’s parents are asking the public to donate to a local domestic violence advocacy group in her honor, according to WITI.

“Maria Pew is a victim of a horrific, unthinkable crime. But we will not allow her to be remembered that way; Maria would hate it if the world saw her as a victim. Maria was so much more,” her parents said in a statement.

“She was our daughter, our niece, our cousin, our friend; she loved her family and was fiercely loyal. A happy, strong, resilient, supportive, and caring individual, Maria did so much in her 28 years,” it added. “But she also left behind hopes and dreams, and she left undone infinite possibilities.”