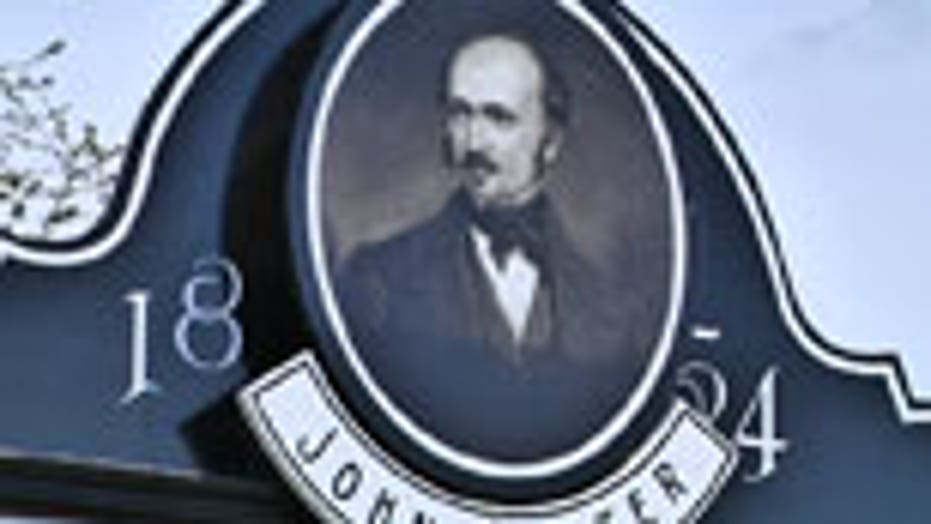 More than 150 years ago, John Sutter touched off the fabled Gold Rush when he found gold near his mill in 1849. But the prospectors who flocked to the Sierra foothills left plenty of gold in the ground.

At least that's what a mining company setting up shop in the same area southeast of Sacramento believes. Geologists for Sutter Gold Mining Co., estimate there are some 650,000 ounces remaining in the area that sparked an epidemic of gold fever. At today's prices, that could amount to just shy of $1 billion.

"We're building on new mine but we're really building on the history that's been here for a 160 years," said Leanne Baker, president and CEO of Sutter Gold Mining.

The company plans to launch full scale mining operation in the next few months at Lincoln Mine, a 10-mile stretch of California's famous mother lode. The mother lode itself is a 120-mile stretch from El Dorado County south to Mariposa County. Baker said all major permits are in place and the project, which will employ at least 100 workers at the outset, is set for full production later this year.

"This 10-mile segment is extremely important because it produced the bulk of the mother lode production," said David Cochrane, Sutter's vice president of environmental health and safety. "Mother lode produced 13 billion ounces of gold historically, and 60 percent of the production came out of this segment."

The gold will be a bit harder to get to, but modern technology provides many advantages the old-time prospectors couldn't fathom.

"Those first pieces of gold were discovered, [and they] simply jumped into the creeks with our pans and our buckets and what we had we were cooping it up," said Dennis Price of Sutter Creek Visitors Center.

Deep in the new mine, thousands of feet below the surface, modern day miners will work hard for the precious metal. But Sutter plans to use gravity floatation to recover the gold out and will not use toxic chemicals on site.

"It's basically drilling, blasting, mucking, starting and doing it over," said Baker.

For now, geologists are doing "confirmation drilling" to find the richest deposits. That will help the mining engineers develop the mine plan that will produce maximum profits.

Although full-scale mining has not started, when FoxNews.com visited the mine, drillers were already starting to pull visible gold out of the ground.

"It's very exciting to be doing it in a state that hasn't had a lot of recent gold production certainly in the mother lode," Baker said. "To bring it back to the area where so many people in the country and around the world associate with the exciting part of gold production it definitely makes you feel like you're a part of history."