A New Jersey millionaire could be heading to the slammer for the next five years after engaging in sexual acts with a minor — including once on his private plane while it was in autopilot mode, according to a federal complaint.

Stephen Bradley Mell, of Somerset County, was allegedly introduced to the 15-year-old girl by her own mother — who wanted the teen to take flying lessons, the Bridgewater Courier News reports, citing the complaint. 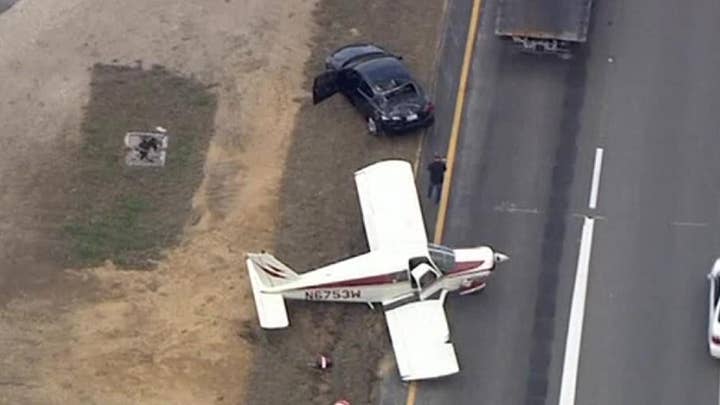 Mell, a 53-year-old father of three, began chatting with the girl in 2017 — exchanging text messages and SnapChat photos — before eventually arraigning to meet up at his $3.8 million mansion in Bedminster, the complaint says.

Mell allegedly “performed oral sex acts” on the girl on June 20 and then again several weeks later after sending her a message that said, “Miss you so much.”

The two of them would often discuss having sex and using birth control, with Mell allegedly purchasing an emergency contraceptive pill on July 6, the complaint says.

“If you are nervous it will hurt more,” Mell allegedly told the girl in a text. “When you are turned on is when it will feel ok.”

The two of them would meet up weeks later — on July 20 — for their private flight out of Somerset Airport, the complaint says. They allegedly flew to Barnstable, Mass., on Cape Cod “for the purpose of engaging in illicit conduct, specifically, a sexual act.”

It was on the flight back that Mell — an active community member who did volunteer work for a number of charities, including the New Jersey Conservation Foundation — allegedly put the aircraft into autopilot.

He and the teen communicated throughout the summer of 2017 and up until that November, when the last correspondence was documented, the complaint says.

“Send me a nice naked pic cute thing,” Mell begged. His wife would eventually divorce him after the relationship was revealed, the Courier News reports.

Mell — who pleaded guilty last year to engaging in interstate travel to engage in illicit sexual conduct with a minor, as well as child pornography — is scheduled to appear in federal court Tuesday for sentencing.