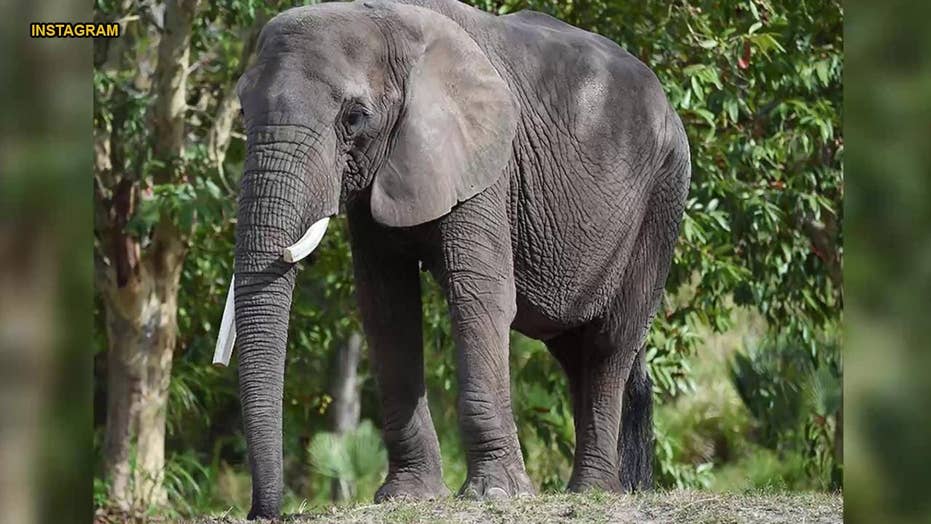 Miami elephant dies after fight with another 'Golden Girl' pachyderm

An elephant known in her Miami zoo as one of the “Golden Girls” died after fighting with another elderly elephant.

Cita, a 50-year-old African elephant, “was knocked down and unable to recover” after an encounter with another African elephant named Peggy, Zoo Miami said in an online statement.

“This is a very difficult time for the Zoo Miami family, as well as the staff and volunteers at the Virginia Zoo where Cita had lived for decades,” the zoo said. “This is especially difficult for the elephant keepers who have a very special bond with these magnificent and charismatic animals that they so passionately dedicate themselves to caring for.”

According to zoo officials, Cita suffered from several age-related issues including muscle wasting, advanced arthritis and general loss of body condition. Though the average lifespan of an elephant is 70 years, their life expectancy shortens in captivity to between 35 and 45 years, Zoo Miami Director Ron Magill told the Miami Herald.

"The sad reality is the lifespan of animals is not as long as humans," he said. "It doesn't make it easier to lose one."

An extensive necropsy was done on the aged elephant to determine the exact cause of death. The test results won’t be completed for several weeks but the zoo believes a blood clot may have been a contributing factor.

Cita, a 50-year-old African elephant residing in the Zoo Miami, died after an altercation with another elderly elephant. (Zoo Miami)

“Elephants are very social animals and have a strict hierarchy within their groups. Confrontations within those groups to reinforce an individual’s status are not uncommon. Unfortunately, because of Cita’s advanced age, Peggy’s effort to reinforce her dominance resulted in Cita being knocked down,” the zoo explained.

Staff attempted to revive Cita, giving her medicine and support to help relieve pain but they were unable to get her back on her feet.

Cita was moved to Zoo Miami in 2016 from the Virginia Zoo along with another elephant named Lisa, who died in 2017 from a mesenteric torsion, a condition in animals where the bowels twist around the mesenteric axis.

They joined two other African elephants Peggy and Mabel and the four were called the zoo’s “Golden Girls” because they were all over the age of 40 and were spending their retirement in Miami.