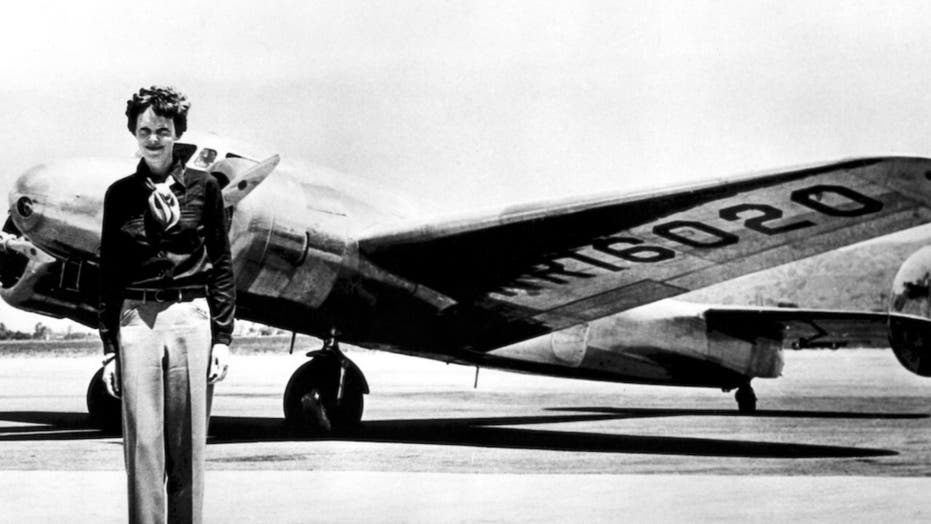 MH370, Amelia Earhart and other airplane mysteries that are still unresolved

From the famous Amelia Earhart mystery to a disappearance over the Bermuda Triangle, here is a list of unresolved air plane crashes.

March 8 marked six years to the day that Malaysia Airlines Flight MH370 disappeared and still no one in an official capacity has explained what happened to the doomed aircraft.

The Boeing 777 with 239 people on board was flying from Kuala Lumpur to Bejing when it veered off course, perhaps deliberately, and presumably crashed in the far southern Indian Ocean.

Scattered pieces of the plane washed ashore in Africa and on islands in the Indian Ocean but government searches haven’t found it.

Flight MH370 is just one in a string of airplane mysteries that defied explanation.

Here are some of the others:

In 1937, the pioneering aviator famously disappeared while attempting to fly around the world in a Lockheed Electra. The Coast Guard picked up her garbled final radio transmissions over the Pacific Ocean as she and navigator Fred Noonan flew from Papua New Guinea to Howland Island.

Earhart and Noonan were declared lost at sea on July 19, 1937, following a massive sea and air search.

B47 STRATOJET BOMBER WITH NUCLEAR WEAPONS

The Stratojet disappeared in 1956 over the Mediterranean Sea, after descending through thick clouds for a second aerial refueling. The aircraft was carrying nuclear weapons materials in two carrying cases. An exhaustive search failed to locate the aircraft, its weapons and its crew.

In 1962, the Flying Tiger cargo plane was carrying 93 U.S. Army Rangers, 11 crew members and three South Vietnamese when it disappeared after taking off from Agana Naval Air Station in Guam, en route to Vietnam.

One of the Rangers on board was Staff Sgt. Melvin Hatt of Lansing, Mich., the father of Donna Ellis Cornell.

"They searched for seven days, air-land-sea search and not as much as a seat cushion or a single piece of the aircraft was ever found," she told Fox 47 Lansing last year.

She has lobbied the government to add her father’s name to the Vietnam Memorial Wall in Washington, along with the names of the 92 other Rangers.

In 1971, a man in a suit who said his name was Dan Cooper hijacked a Northwest Airlines Seattle-bound Boeing 727 after telling a flight attendant his briefcase contained a bomb. After the plane landed, he released the 36 passengers in exchange for $200,000 in ransom and parachutes.

Cooper then ordered the plane to fly to Mexico, but jumped out over Washington, never to be seen or heard from again. A girl found some of the ransom money years later. The caper turned D.B. Cooper into a folk legend.

In 1945, the Bermuda Triangle became known as the Devil’s Triangle when five Navy torpedo bombers vanished without a trace. Flight 19 with 14 crew members was on a training mission from Fort Lauderdale in Florida.

A radio message intercepted at about 4 p.m. was the first indication that Flight 19 was lost, according to the Navy. This message, believed to be between the leader on Flight 19 and another pilot in the same flight, indicated that the instructor was uncertain of his position and the direction of the Florida coast.

The flight was never heard from again and no trace of the planes was ever found.

Adding to the Bermuda Triangle’s legend, a search aircraft was lost during the operation to find Flight 19. This aircraft was never seen or heard from after take-off.

In 1999, an EgyptAir Boeing 767 crashed into the Atlantic Ocean on a flight from JFK Airport in New York to Cairo, killing all 217 people on board.

Audio captured pilot Gameel Al-Batouti saying in Arabic, “I rely on God” a total of 11 times.

The mystery over what happened has only fueled many conspiracy theories.