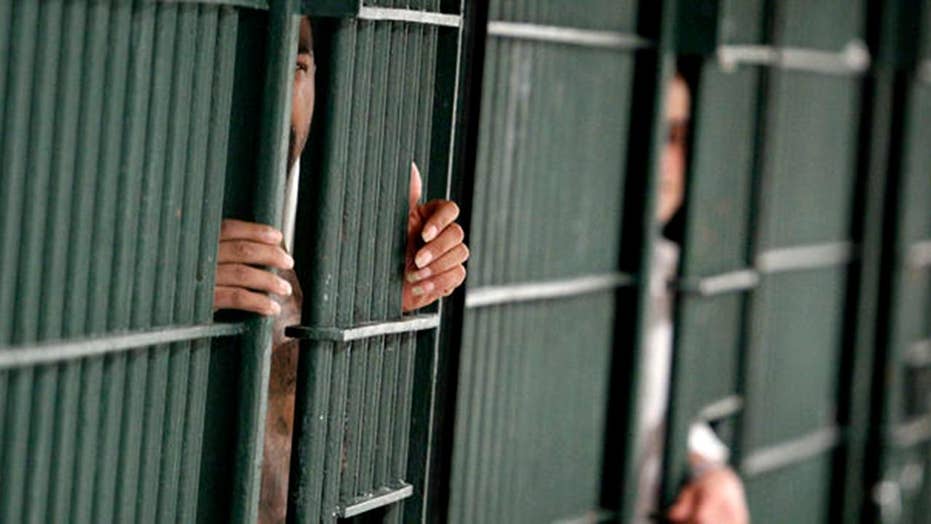 Warrants were served as part of Operation Dirty Thirds, which targeted the Mexican mafia's control of the Los Angeles County jail system.

More than 80 members of the "cold-blooded" Mexican Mafia have been charged with running a drug operation inside Los Angeles County jails and in the Pomona, Calif., area, authorities said Wednesday.

In an operation that the FBI dubbed "Operation Dirty Thirds," a total of 83 defendants were charged by a federal grand jury under two federal racketeering indictments that were unsealed Wednesday, U.S. Attorney Nicola Hanna's office announced.

More than 500 law enforcement officers conducted a "major operation" Wednesday morning that resulted in 32 arrests. Thirty-five others were previously in custody and another 16 people remained fugitives who were believed to be "armed and dangerous."

Hanna, the U.S. attorney for the Central District of California, who was appointed by President Donald Trump, said at a news conference Wednesday that the operation "dealt a major blow to a violent and notorious prison gang in our country."

Leaders of the "gang of gangs," from behind bars, controlled drug dealing and violence both inside jail and on the streets, an indictment claimed. A lawyer and several women referred to as secretaries also reportedly helped facilitate activities outside of jails.

"These Mexican Mafia members and associates, working together to control criminal activity within (LA County jails), have become their own entity or enterprise and effectively function as an illegal government," an indictment said.

The gang is an organization of "vicious" imprisoned street-level leaders who control drug trafficking operations and order retaliatory violence both inside and outside California prisons and jails.