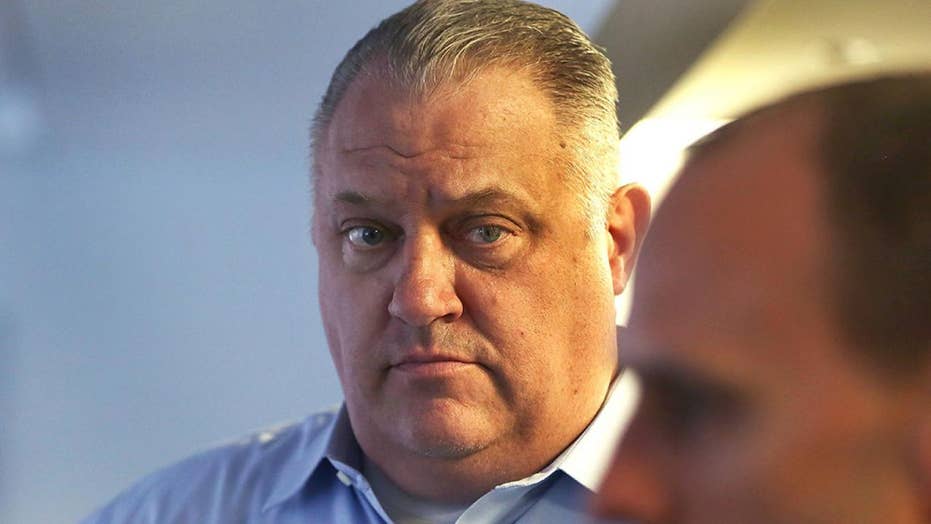 The Massachusetts State Police union’s ex-boss embezzled funds to buy meals, trips to Miami, and flowers for his lover, according to prosecutors.

A former president of the Massachusetts State Police union was arrested Wednesday after he “embezzled and misused” the organization’s funds by purchasing more than $4,000 in flowers for his lover and bankrolling a trip to Miami Beach -- among other lavish expenses, federal prosecutors say.

The FBI, working alongside the IRS’ Criminal Investigations Division, took Dana Pullman and Anne Lynch – a lobbyist who represented the State Police Association of Massachusetts -- into custody early Wednesday morning at their respective homes in Worcester and Hull, the Bureau said in a statement. They now are both facing conspiracy and obstruction charges.

“As president of the State Police Association of Massachusetts, we believe Dana Pullman wielded the union like a criminal enterprise, running it like an old school mob boss, conspiring with Anne Lynch to steal tens of thousands of dollars from its members and the Commonwealth,” FBI Special Agent in Charge Joseph Bonavolonta said. “In carrying out their schemes, they crossed over the thin blue line to committing felonies.”

A complaint unsealed Wednesday in Massachusetts district court stated that “the investigation has revealed that from at least 2012 and continuing until Pullman’s resignation… Pullman, Lynch and others were involved in a scheme and conspiracy to defraud the Membership and the Commonwealth of their right to honest services from Pullman through fraud and deceit, including Pullman’s receipt of illegal bribes and kickbacks from Lynch and the lobbying firm.”

The complaint, based on a review of documents and interviews with numerous witnesses, alleges  that Pullman “frequently embezzled and misused” the union’s funds by racking up more than $20,000 in charges on the organization’s debit card and receiving “frequent SPAM reimbursement checks unsupported by receipts.”

Pullman joined the Massachusetts State Police in 1987 and served as the union’s director from 2012 until his resignation in September 2018, the complaint says.

It adds federal authorities started investigating Pullman in July 2018 and accuses him and Lynch of trying to obstruct agents’ efforts.

When the union’s treasurer “was compiling expense records… that were required to be produced pursuant to a grand jury subpoena issued” in September 2018, it said, “Pullman suggested to the treasurer that they should falsely tell federal investigators that SPAM had an internal policy to destroy expense reimbursement records after one year”.

The complaint also alleges that Lynch, in an interview with FBI investigators, “falsely denied ever making any payments to either Pullman or his spouse from her personal account or from the lobbying firm’s business account.”

Pullman’s attorney, in a statement to WCVB, wrote that his client “intends to strongly and vigorously deny the allegations.

“He contests that any payment from Anne Lynch was a bribe or kickback,” attorney Martin Weinberg said. “They were checks in plain sight. His dealings were not in conflict with his loyalty to the union or his duties.”

Pullman and Lynch are expected to appear in court later today.