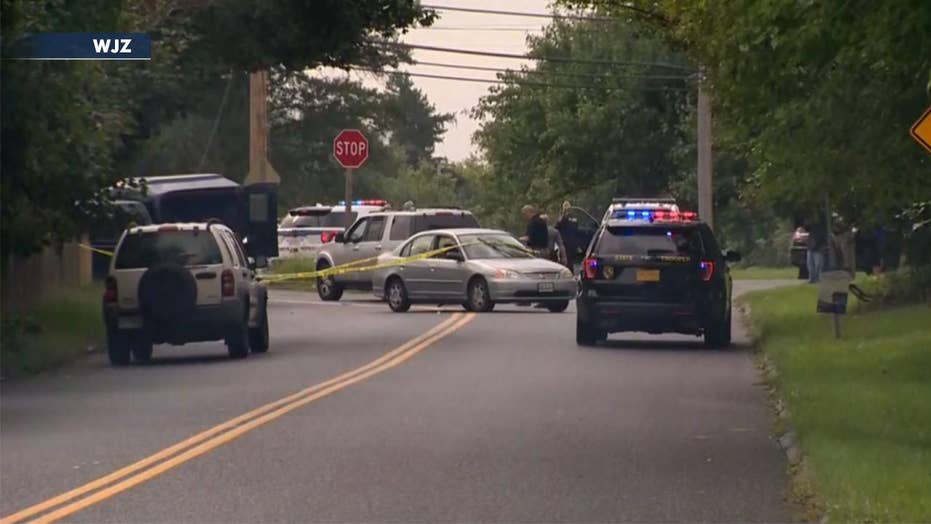 The reported deadly shooting at a Rite Aid distribution center in Aberdeen, Maryland, Thursday morning shook the nearby community, whose residents described facility employees as "tight-knit" and "nice."

Alexie Scharmann said her mother was working at the "Liberty Support Facility," a portion of the distribution center, when shots started to ring out.

"There's not that many people that work there. Everybody is so nice over there, that's why it's a shock," Scharmann told WBAL.

Scharmann revealed heart-stopping text messages she exchanged with her mom and sibling minutes after first shots were reported around 9 a.m.

“I love you both more than you’ll ever know. There’s a shooter in the building, I am hiding. I love. Be good. Take care of daddy," the woman wrote to her children. About an hour later, Scharmann said her mom confirmed she was "outside and safe."

Another witness, only identified by his first name, Bo, told the news station he was a few blocks away from the shooting when he saw police cars and ambulances suddenly zip by.

“I love you both more than you’ll ever know. There’s a shooter in the building, I am hiding. I love. Be good. Take care of daddy."

"We got completely bombarded by...I'm not exaggerating — 20-30 cops, and then ambulances and everything started pouring in. At that point, they blocked us in and we tried to turn around," he said. "They're telling us that there is an active shooter."

It didn't take long for authorities to clear the road, Bo added.

"They were coming in groups of 10. I am not joking, and they were running people off the road," he said.

Colleen Hendrickson told WJZ she was trying to catch a bus to work in the area when she was warned about the active shooter situation. The local never thought something like this could happen in her own backyard.

“It’s very scary when it’s just right there on your doorstep, because you can see a billion news reports about shooters, about emergency instances, and it still doesn’t make it real to you,” she said. “I think it’s real for a lot of people right now, and there’s a lot of people still affected by this, [police] are still looking, and it’s been a few hours at this point, or about an hour and a half. It’s just insane and it’s still sinking in."

A law enforcement official told The Associated Press at least three people were killed in the shooting, though the official stressed the number was based on preliminary information.

Rite Aid spokeswoman Susan Henderson says authorities are at the scene and the company is cooperating with the investigation.