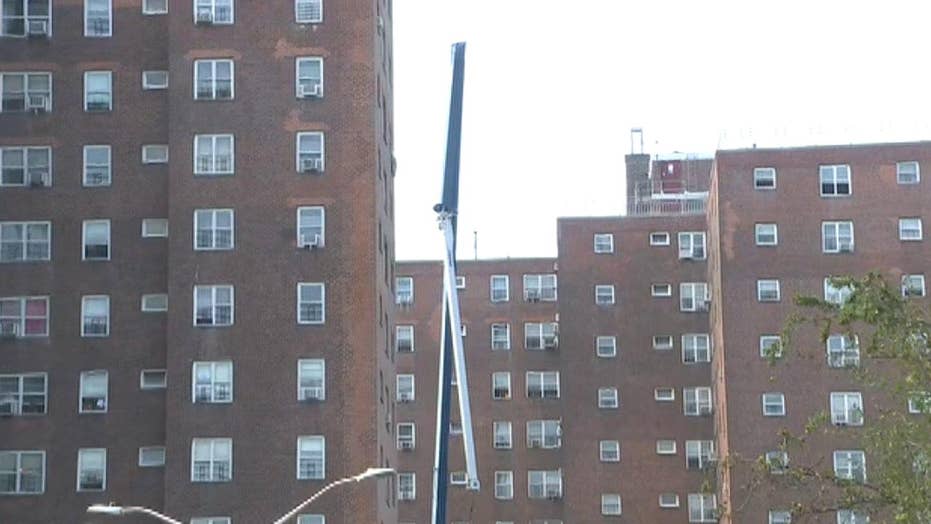 Raw video: Crane is folded in half after falling off of New York City high rise

There are no reports of any injuries.

A freestanding crane boom partially collapsed onto an apartment building in New York City's East Village on Tuesday, snarling traffic on a key Manhattan road but not causing any injuries.

The crane struck the side of the Jacob Riis Houses, a public housing project managed by the New York City Housing Authority. In response, crews closed part of the nearby Franklin Delano Roosevelt (FDR) Drive on the Lower East Side of Manhattan, Fox 5 reported.

The six-story 590-unit residential building suffered only superficial damages to its side, WABC added.

The New York City Fire Department, NYC Emergency Management and the city's Buildings Department responded to the scene, but have yet not yet determined the cause of the partial collapse.

Closures in both directions to the FDR Drive caused vehicular traffic to build up, but both sides were reopened around 4 p.m.