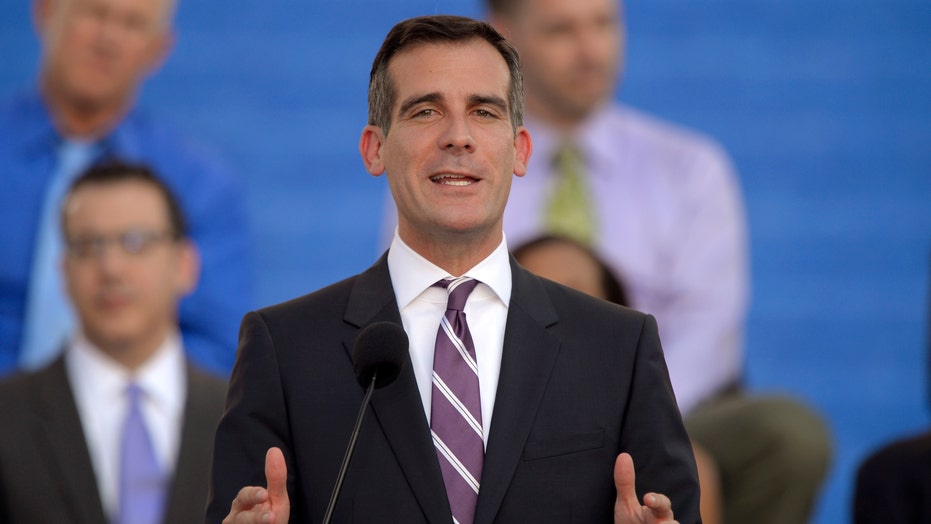 Los Angeles authorities could shut down water and power to nonessential businesses that refuse to close amid the coronavirus outbreak there, according to local reports.

“We won’t tolerate the selfish behavior of a few who unnecessarily put our community at risk,” Mayor Eric Garcetti said in a press release on his website.

He also said his “Safer at Home” emergency shelter-in-place order would be strictly enforced.

The order requires LA residents to stay at home except for in a number of situations, including to get food, health or medical necessities -- as well as to care for children or adult relatives, friends and people with disabilities, according to the mayor’s office.

But nonessential businesses that remain open despite the order are “irresponsible and selfish,” Garcetti said during his daily press briefing on Tuesday, according to KTLA.

To enforce the shutdowns, the mayor announced a program to send city workers and volunteers, dubbed “business ambassadors,” to check on defiant businesses and urge them to close down voluntarily. If they don’t, the ambassadors will report the situation to prosecutors and police, according to the mayor’s website, which also provided a link for the general public to report noncompliance.

Businesses that ignore warnings from authorities could then have their utilities cut off, the Los Angeles Times reported.

“In the strongest possible terms, I urge that Angelenos adhere to the ‘Safer at Home’ order, and nonessential businesses shut their doors,” City Attorney Mike Feuer said in a press release from the mayor’s office.

Los Angeles County has seen at least 13 deaths and 799 cases of coronavirus, health authorities there said Wednesday. That’s out of at least 2,660 cases and 58 deaths reported across California.

Restrictions on travel and business aimed at stifling the spread of coronavirus have also choked the economy, with Gov. Gavin Newsom revealing Wednesday that more than 1 million Californians have filed unemployment claims since March 13.

It’s unclear when the governor will lift the order.