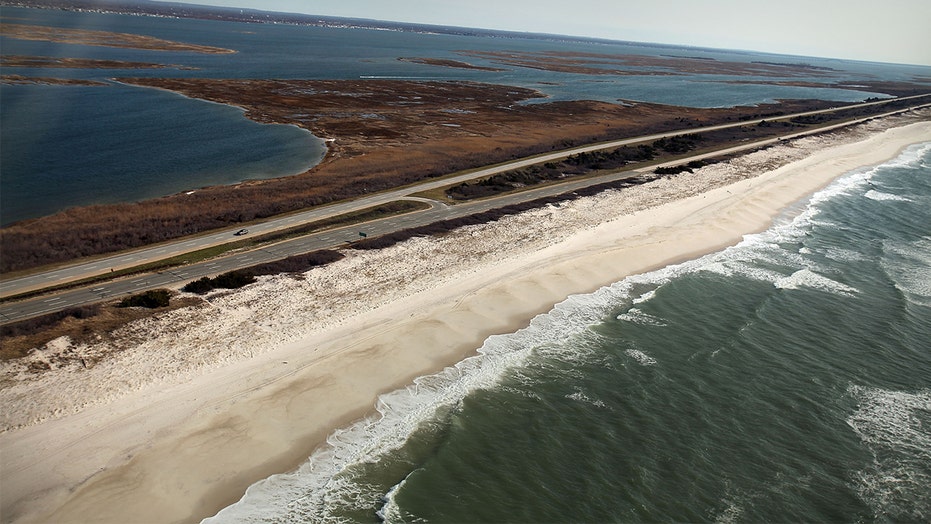 Detectives trying to solve the Gilgo Beach slayings on Long Island have announced a major break in the case.

Her name will be revealed “in the near future,” police said.

Her dismembered remains were found in 2000 in the Long Island Pine Barrens in Manorville.

WANTAGH, NY - APRIL 15: An aerial view of the area near Gilgo Beach and Ocean Parkway on Long Island where police conducted a prolonged search after finding ten sets of human remains. (Photo by Spencer Platt/Getty Images)

More remains were found on Gilgo Beach in 2011.

The woman’s remains and 10 other sets of remains were found on the beach after the disappearance of a 24-year-old Craigslist escort Shannan Gilbert in 2010. Police said she vanished after visiting a client.

Cops believe the victims may have been killed by one or more serial killers.

Former NYPD Chief of Detectives Robert Boyce told Newsday the identification of Jane Doe #6 could be a "game changer" for the investigation.

"I was hoping for this," Boyce said. "It is kind of a breakthrough."

The identification announcement follows the release of Gilbert’s call to 911 on the night she disappeared to an attorney representing her estate in a wrongful death lawsuit.

“The tapes are extremely valuable, and extremely interesting, not only for myself and ultimately for the public,” he said after listening to them, according to News12 Long Island. “I can also say we're going to need voice enhancement due to the nature of the voices."