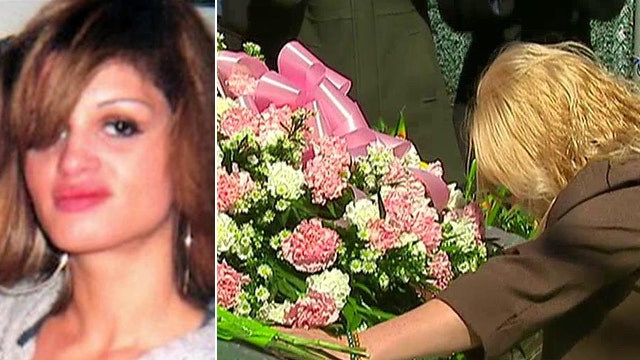 The trail of a prime suspect in a spate of long-unsolved murders along a desolate coastline of Long Island, N.Y., has led to no new developments for years, leading investigators to look to the public for help.

Suffolk Country Police Commissioner Geraldine Hart held a news conference Thursday to present what the agency called a “previously undisclosed piece of evidence” in the Gilgo Beach murders, in which a serial killer was believed to have killed up to 16 people over a period of nearly two decades. Most of the victims were women and believed to have been involved in prostitution. Their bodies turned up in areas along the south shore of Long Island.

“This investigation is perhaps the most well-known and most complex that our department has seen,” Hart said before introducing evidence which, until this week, was not released to the public. “A black leather belt found on the site, we believe, was from the suspect ... not the victims.”

The belt turned up at one of the crime scenes along Ocean Parkway during what Hart described as “the initial stages of the investigation.”

The belt was embossed with two letters, believed to be the initials “WH” or “HM.”

Investigators say that this belt found at one of the crime scenes related to the Gilgo Beach murders likely belongs to a suspect. (Suffolk County Police Department)

Hart also announced that Suffolk County officials are launching their own website, GilgoNews.com, for ongoing updates in the case and as a way to crowdsource new tips from the public that could lead to an arrest.

“We remain steadfast in our commitment to deliver justice and in doing so give a sense of closure,” Hart said.

As of early Thursday afternoon, Gilgo News was experiencing technical difficulties and was not accessible by the public.

The search for a suspect in the killing began back in May 2010, when Suffolk County Police led a search for Shannan Gilbert, a missing 24-year-old woman from New Jersey.

Shannan Gilbert, seen in an undated photo provided by the Gilbert family's attorney, had vanished in 2010.

Gilbert, a 24-year-old sex worker, vanished in spring 2010 after leaving a client's house on foot and disappearing into the marsh.

Months later, a police officer and his cadaver dog were looking for her body in the thicket along Ocean Parkway when they happened upon the remains of a different woman. Within days, three other bodies were found, all within a short walk of one another.

By spring 2011, that number had climbed to 10 sets of human remains — those of eight women, one man, and one toddler — all found along several miles of the parkway. Some remains were later linked to dismembered body parts found elsewhere on Long Island, making for a puzzling crime scene that stretched from a park near the New York City limits to a resort community on Fire Island and out to far eastern Long Island.

Police found the skull of a sex worker named Jessica Taylor, who was 20 when most of the rest of her body was found in a wooded area of Manorville shortly after she disappeared in 2003. Body parts found on Gilgo Beach were also linked to another corpse found in Manorville in 2000. That female victim has never been identified.

Gilbert's body was found in the marsh in the community of Oak Beach in December 2011, about 3 miles east of where the other 10 sets of remains were discovered.