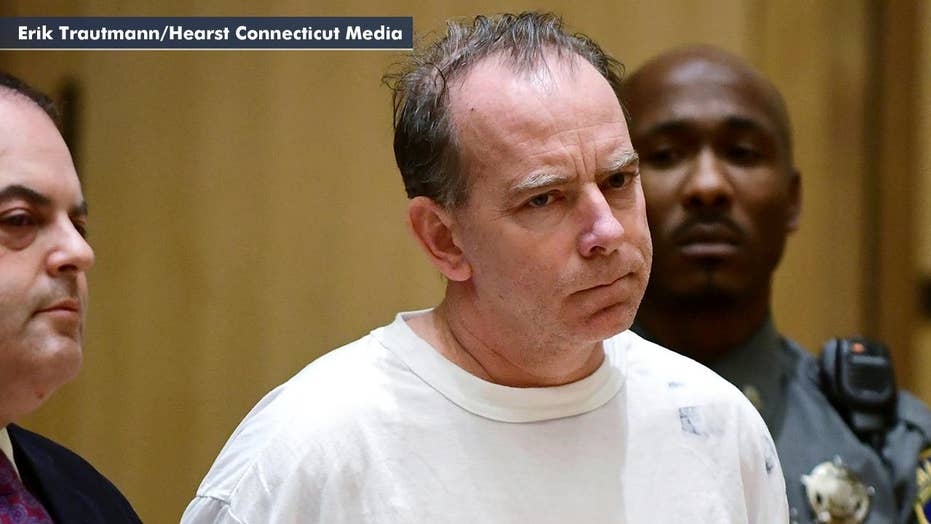 Fotis Dulos attorney's own past troubles come to light

The estranged wife of Fotis Dulos' divorce attorney says Dulos tried to arrange a meeting with her after she took out a protective order against her husband; Laura Ingle reports.

The disappearance of Connecticut mom Jennifer Dulos took another turn Tuesday after a lawyer for the estranged wife of Fotis Dulos' alleged co-conspirator claimed voicemails left by Dulos to help reconcile her marriage to Kent Mawhinney might have been an attempt to kill her.

Mawhinney's wife's attorney, Zenas Zelotes, claims the voicemails were part of a seedy plot to get his client to Fotis Dulos' home and kill her, according to sworn affidavits.

On the surface the calls seem friendly, and Mawhinney's wife did eventually meet up with Dulos at Max's Oyster Bar in West Hartford, Conn. However, she described the meeting as a bizarre and suspicious attempt by Dulos, barely an acquaintance at the time, to help patch up her marriage to Mawhinney.

Zelotes said his client thought it was peculiar that Dulos had such a sudden vested interest in her relationship and that she felt uncomfortable by multiple invitations from Dulos asking her to come to his Farmington home.

Mawhinney, a 54-year-old Bloomfield attorney, was not only close friends with Dulos but also represented him in a civil suit brought by Jennifer Dulos' mother, Gloria Farber, claiming Fotis Dulos owed her family $2.5 million in loans.

Investigators started looking into Mawhinney when he became the alibi for Dulos and his girlfriend Michelle Troconis the morning of Jennifer Dulos' disappearance.

Mawhinney initially denied meeting with the pair but told investigators in a subsequent interview that he fell on May 25-- the day after Jennifer Dulos disappeared - and suffered a concussion. He said he could not recall meeting or calling Dulos or Troconis the day before. However, phone records seemed to show that Dulos had called Mawhinney the night Jennifer Dulos disappeared.

Dulos was arrested for the third time last week in connection to Jennifer Dulos' disappearance. He was charged with felony murder, murder and kidnapping. Troconis and Mawhinney also were arrested and charged with conspiracy to commit murder.

Mawhinney was arrested twice in 2019. He was accused of raping his wife on Jan. 21 and was rearrested for violating a protective order in connection to the first arrest.

Dulos, Troconis and Mawhinney have pleaded not guilty.

Piecing together what might have happened to Jennifer Dulos has taken authorities on an exhaustive nine-month, multi-state investigation involving K-9s, state police, drones and a New York State helicopter. They've rooted through tons of trash at a Hartford dump, combed parks and high grassy areas and searched a shallow pond in an effort to find the missing mother of five.

In a 35-page arrest warrant released last week, authorities believe Jennifer Dulos was killed at her home on May 24 between 8:05 a.m. and 10:25 a.m.

Her body has not been found.