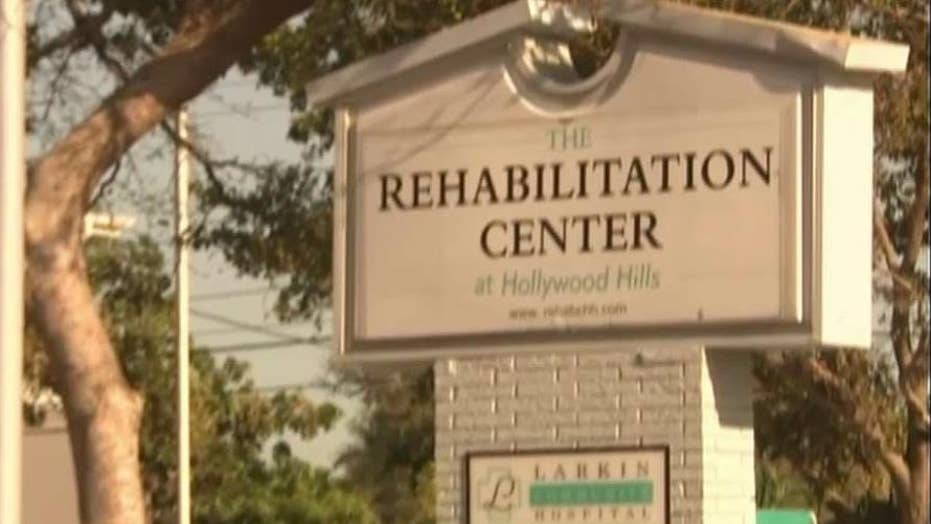 Bryan Llenas has the story

One week after Hurricane Irma made landfall in Florida, a nursing home in Hollywood where eight people died continues to be a grim symbol of the storm’s devastating impact.

On Saturday, the first lawsuit was filed in connection with the nursing home tragedy.

The family of Rosa Cabrera, a 94-year-old double amputee who survived the ordeal at the Rehabilitation Center at Hollywood Hills, brought their case to Broward Circuit Court, seeking unspecified damages, the Miami Herald reported.

A woman is transported from the Rehabilitation Center at Hollywood Hills as patients are evacuated after a loss of air conditioning due to Hurricane Irma, Sept. 13, 2017, in Hollywood, Fla. (Amy Beth Bennett/South Florida Sun-Sentinel via Associated Press)

Family members told the newspaper that Cabrera – one of 141 residents evacuated from the sweltering nursing home Wednesday because a loss of electricity had left it without air conditioning -- suffered injury, pain and emotional distress as a result of the ordeal.

Legislation that would have required nursing homes to have generators on site for supplying electricity during emergencies failed in the state Senate in 2006, following Hurricane Wilma a year earlier, the Tampa Bay Times reported.

But Florida Gov. Rick Scott announced Saturday that new rules give the state's nursing facilities 60 days to acquire a back-up generator and fuel to operate it for 96 hours, the Wall Street Journal reported.

Meanwhile, ABC News reported Saturday that officials at the nursing home had called the personal cell phone number of Gov. Scott, seeking assistance as the tragedy unfolded. The governor’s office had said Friday that calls were made to a number controlled by the governor’s office. The Washington Examiner reported that the nursing home contacted Scott 36 hours before the deaths occurred.

Scott’s office has launched an investigation into the nursing home tragedy, which was compounded by the fact that the home is located directly across the street from Memorial Regional Hospital – one of the state’s largest – which had electricity and was fully functioning, state health officials said in a statement.

But customers of Florida Power and Light continued to be frustrated. They learned Saturday that the utility has pushed back its deadline for having power restored to all of its customers.

FPL now says power will be fully restored in Broward County by Monday evening, not Sunday, the Sun Sentinel reported.