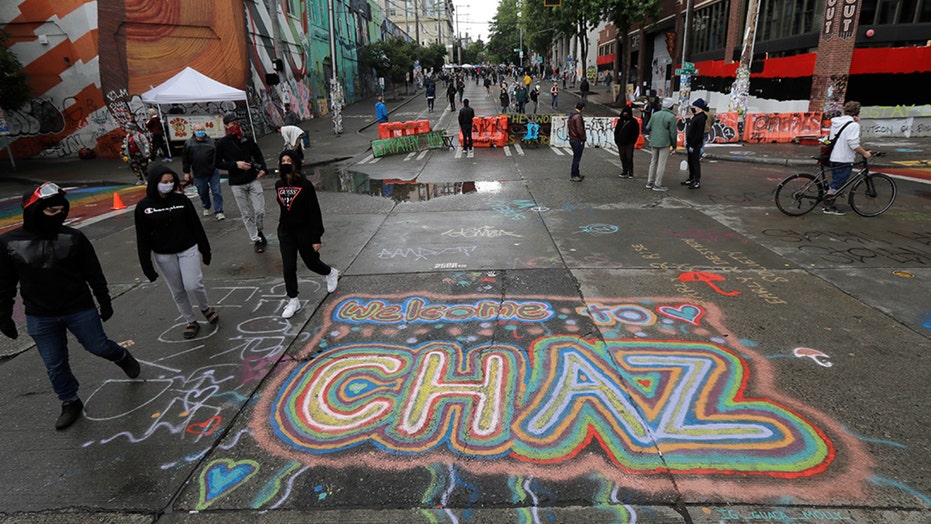 A judge ruled in favor of a Black Lives Matter group on Friday, banning Seattle police from using tear gas, pepper spray and flash-bang devices to disperse crowds at protests.

The ruling comes after a tense few weeks between law enforcement and protesters and legally reinforces a similar temporary ban by the city's Mayor Jenny Durkan and Seatle Police Department Chief Carmen Best.

A protester holds a sign that reads "Abolish Police" during a "Silent March" against racial inequality and police brutality that was organized by Black Lives Matter Seattle-King County, Friday, June 12, 2020, in Seattle. Hundreds of people marched for nearly two miles to support Black lives, oppose racism and to call for police reforms among other issues. (AP)

U.S. District Judge Richard Jones issued the two-week ban pointing to the dangers of using "indiscriminate" tactics that could harm peaceful protesters or innocent bystanders and claimed the use of force is unconstitutional.

"Because they are indiscriminate, they may even spill into bystanders' homes or offices as they have done before," Jones wrote in his ruling.

He also pointed out the potential for tear gas and pepper spray to induce coughing or other reactions that could also spread the coronavirus.

Plaintiffs in the suit brought forth by Black Lives Matter Seattle-King County and the Washington state chapter of the ACLU described aftereffects of aggressive tactics used by police to disperse crowds during protests stemming from the death of George Floyd.

The suit said demonstrators suffered from burning eyes from pepper spray, difficulty breathing from tear gas, and bruises from foam-tipped projectiles lobbed at them by police.

At times, protests turned violent in Seattle over the last two weeks, with one protester ramming his vehicle into a large crowd and shooting a bystander. In other instances, protesters threw objects at police officers, as calls to defund the police intensified. Police also used aggressive tactics to dismantle crowds.

Jones went on to add that police can use tear gas and pepper spray in very specific circumstances that include “violent or life-threatening activity” and only if the use of force is "targeted” at a particular agitator.

The spouts of violence caused police officials to abandon the East Precinct in downtown Seattle in hopes of restoring calm amongst protesters. For nearly a week, demonstrators have taken over a six-block radius of the city that includes the police precinct and declared it the "Capitol Hill Autonomous Zone."

Police efforts have failed to negotiate with leaders of the demonstrations to retake the precinct. The ACLU celebrated the judge's ruling as a "victory" for the Black Lives Matter movement on Friday.