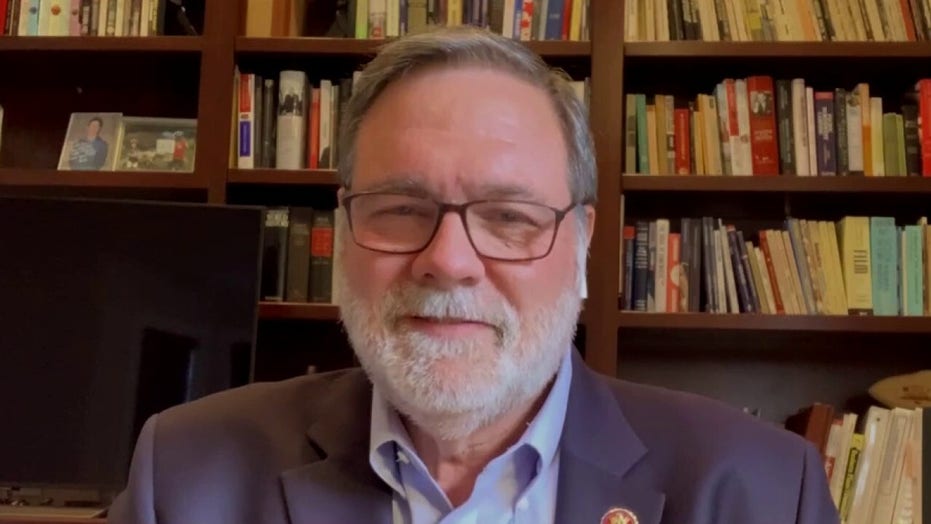 Rep. Heck on Seattle autonomous zone: They are peacefully protesting something long overdue to be protested

Rep. Denny Heck, D-Wash., told "The Story" Friday that an "overwhelming number" of the demonstrators who have occupied a six-block area of Seattle's Capitol Hill neighborhood and declared it an "autonomous zone" free of professional law enforcement "are peacefully protesting something that is long overdue to be protested."

Heck told host Martha MacCallum that his goddaughter lives in the neighborhood where the protesters have established the so-called "Capitol Hill Autonomous Zone," or CHAZ.

"We talk almost every day ... this morning, we talked about it again, and I said, 'What's it like?'" Heck said. "And she said, 'You know, it's amazingly peaceful.'"

Heck reminded MacCallum that Seattle is no stranger to violent protests, saying "the activity runs the gamut from the WTO riots [in 1999] where there was a lot of rioting and looting, and this is nothing like that whatsoever." Heck did admit that reports that emergency response times have tripled in Seattle since the establishment of the autonomous zone "is not desirable or something that we want."

"But Martha, here's what else we do not want," Heck added, "we do not want a nation in which the culture of police enforcement is that you can lay a black man on the pavement face down, handcuff him, put your knee on the back of his neck and squeeze the life out of them while he is crying for his Mama and pleading 'I can't breathe.'

"[George Floyd's death] is emblematic of far too much institutional racism in this country," Heck added. "That is the statement that is being made."